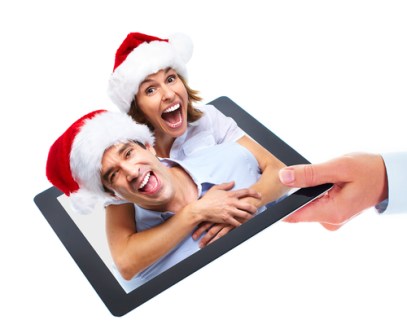 For those who wait to shop until the week before Christmas, comparison shopping website NexTag has released its tech gift guides, with an interesting discovery: tablets are ruling the market and pushing other forms of tech down in the ranks.

Tablets are the ruling gadget for buyers this season. So much so that sales have dropped in laptops, digital cameras, televisions and camcorders. Laptops have only seen a six percent decrease, but the other devices bottomed out at a 30 percent change. Tablets, on the other hand, have skyrocketed 500 percent in sales, along with PDAs and other handheld technology. NexTag suspects that tablets are responsible for the majority of that increase.

The front runner on NexTag’s tablet list is predictably Apple’s iPad, but an Android does not take second place. Instead, HP’s Touchpad takes number two, and perhaps that’s not as surprising as it seems. On its debut, the Touchpad was met with a less than enthusiastic response. But since HP dropped the price from $499, to $99 for a Best Buy sale, the WebOS tablet is gaining in popularity. The company tried two other sales following the Best Buy success, one pairing the tablet with HP laptops and the other selling refurbished Touchpads on eBay, which were met with similar hype.

Both the Touchpad and the similarly priced ($199) Kindle Fire show consumers’ huge desire for a reasonably priced tablet. Amazon recently announced the Fire was the website’s top selling item, and is the product that appears the most on Amazon wishlists.

In keeping with mobile’s rise in NexTag’s ranks, the company experienced a 50 percent increase to 10 percent in mobile traffic to its site, with a 12.5 percent conversion rate in 2011. In 2010, only 1.8 percent of its mobile traffic actually made it through check out.

See the top ten electronics list below, as well as the laptop guide and a television guide. 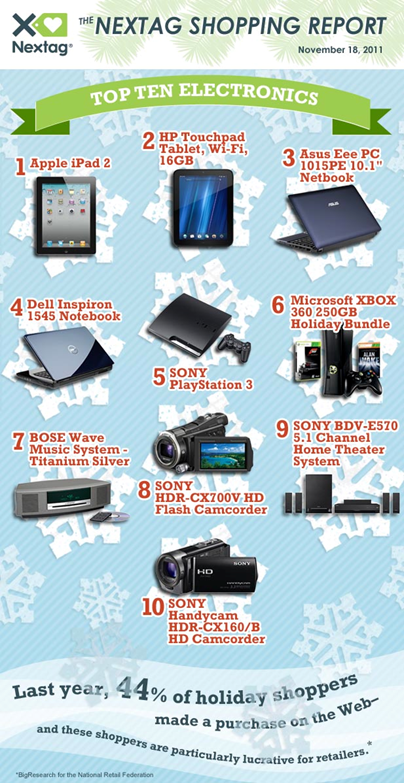