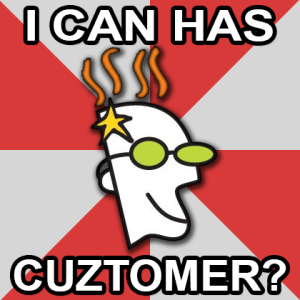 Domain registrar Go Daddy has changed its stance on recently proposed legislation Stop Online Piracy Act (SOPA) from “not supporting” to full on opposition, according to a statement from the company today.

“We have observed a spike in domain name transfers, which are running above normal rates and which we attribute to Go Daddy’s prior support for SOPA, which was reversed,” said Go Daddy CEO Warren Adelman. “Go Daddy opposes SOPA because the legislation has not fulfilled its basic requirement to build a consensus among stake-holders in the technology and Internet communities. Our company regrets the loss of any of our customers, who remain our highest priority, and we hope to repair those relationships and win back their business over time.”

The strengthened opposition may have something to do with today’s “Dump Go Daddy Domain Day” boycott, which was organized by users of community news sharing site Reddit. Despite Go Daddy’s previous statement of opposition after losing over 37,000 domains two days after appearing on an official list of SOPA supporters, many Reddit users pressed on with their boycott, as VentureBeat previously reported.

Other internet users have even gone beyond a simple boycott. We’ve pointed out that the company now has its own “Scum Bag Go Daddy” Meme. Also, BetaBeat reports that programmers are getting into the mix as well — producing things like a Chrome extension that displays a banner at the top of a site letting you know if the company behind the domain supports.

The proposed SOPA legislation gives both the U.S. government and copyright holders the authority to seek court orders against websites associated with infringing, pirating and/or counterfeiting intellectual property. If the act passes, it could drastically change the way the Internet operates.

For more information about the bill, check out VentureBeat’s ongoing SOPA coverage.