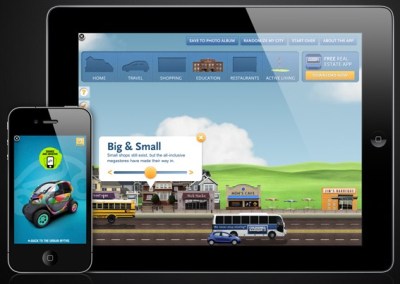 The news is a glimmer of hope for iAd, which has had trouble finding clients even after discounting its rates by 60 percent. Miller’s departure in August didn’t help either. He came over to Apple when it bought his mobile ad firm, Quattro Wireless, for $275 million in 2010, but ended up leaving for a venture capital gig at Highland Capital. Since then, Cue has been juggling iAd among his many other duties, but he likely hasn’t had much of a chance to focus on the plaform’s problems.

Teresi may be able to figure out a way to make iAd successful — though that’s certainly going to be much more difficult now than when the platform launched in the summer of 2010. Teresi was also the chief revenue officer at Quantcast, and was at Yahoo for a decade, where he managed global sales and eventually ads, according to his LinkedIn profile.

Apple pitched iAd as a way to deliver media rich ads on native iOS apps, but its reach is limited, since the ads only appear on Apple devices and have no way of extending beyond apps. Competing ad networks like Greystripe let advertisers run campaigns across multiple mobile platforms and mobile websites, not just apps. Competitors have also become more skilled at running rich media ads over the past year. Apple certainly didn’t help its case by demanding tight control over ads initially (a policy it has since relaxed).