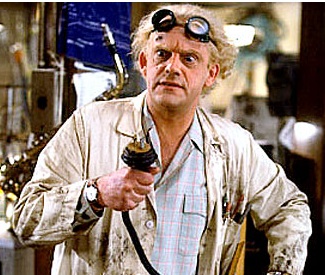 Silicon Valley’s greatest asset is the brilliant minds that roam the buildings and inhabit the coffee shops. Since moving back to Silicon Valley in June, I’ve met a lot of amazing people. On average, they are the smartest people I know. I have conversations on a regular basis that I just can’t have anywhere else. Yes, I’ve worked with smart people in other places, but the concentration here is unique.

But that brilliance comes with some blinders. Instead of figuring out how to adapt to real users, we too often expect them to adapt to us.

In a post last week about car-service Uber’s outlandish New Year’s Eve  surcharges, I made the seemingly innocuous comment that the multiplier Uber used to explain the pricing was confusing to casual users; that it’d be better to display a rate in dollars or the minimum charge at a given time. A number of people responded that a user can do the math, so it’s not a big deal.

Yes, an Uber user who knows the regular rate could multiply it by the multiplier and figure out what the current rate is. But why should they have to? A computer can do it better and faster. One of my core design philosophies is that you shouldn’t make users do work that computers can easily do.

I hear similar tone-deafness when it comes to things like screen size, compute power and connectivity. We Silicon Valley types are sitting at 24″ monitors with the latest hardware connected to 20 Mbps pipes designing products that are used by people with five-year-old computers at DSL speeds or worse. Not everyone has the desire (or the money) to upgrade their computer or phone every year. I see many products that while beautiful and elegant in the right environment, wouldn’t work well in many homes.

I recently met with EverFi, a company that provides online learning tools to high schools. EverFi actually ships discs with Flash files to some schools because their connectivity is so bad that an entirely online experience wouldn’t work well. That’s the kind of thinking I like to see, but more commonly, companies would take a “Let them buy iPads” approach.

Many in Silicon Valley often miss the fact that most of the population does not dramatically change behavior overnight. Behavior changes gradually over time.

I’ve met with business owners who run daily deals that don’t use computers on a regular basis. In some cases, they can’t even tell if a voucher was redeemed because tracking is done with pencil and paper. In Silicon Valley, we live and breathe data, so this is hard to fathom.

It’s not because they’re country bumpkins who live in flyover states. Anyone trying to sell in to small businesses should read what it takes to sell to a restaurant by Jonas Luster, who describes himself as an “uneducated Southern hick,” though he is anything but.

I worked at a startup that sold unified communications services. If you don’t know what that is, you’re not alone. The initial product was designed by a team of rockstar telecomm engineers who had left Lucent. It did everything you could ask for. But consumers weren’t asking. We dramatically simplified the product into services consumer could understand — fax, phone, voicemail. We nearly doubled our prices and got more people to buy.

Too many people in Silicon Valley are enamored of technology for the sake of technology. Two of my favorite companies — GrubHub and Savored — use decidedly low-tech ways to accomplish their goals. GrubHub sends orders to many restaurants via fax machine (gasp!). Savored creates the impression of dynamic pricing for restaurant reservations, even though in reality discounted tables are manually blocked off based on typical traffic patterns. Savored could have focused on developing the ideal yield management system, but their approach works today and provides at least 80% of the value.

Square, another great company, uses 1980s technology because that is the technology used on hundreds of millions of credit cards that are in consumers’ wallets. People who have never used a computer can pay a Square merchant by pulling out a piece of plastic. At the same time, Square innovates with products like Card Case, which allows more tech savvy consumers to pay just by saying their name. On the merchant side, Square is getting people hooked with an elegant solution that solves an immediate, easy-to-understand need (payments) and then slowly inching them into other more sophisticated products like point-of-sale systems.

People in Silicon Valley are passionate about their products — which is great. They should be. But you can’t assume that your users are. Most consumers aren’t going to read every email you send them, follow you on Twitter or read your blog. The product needs to stand alone. It needs to get people excited.

The competition for most startups is not the 10 other companies that are doing essentially the same thing, but NFL football, American Idol and the billion other things that people could be doing.

“The truth is, startups design stuff for people like themselves, not for the mass market,” wrote Cynthia Schames, a friend from outside the Valley. “And they expect everyone to put up with a half-baked, unreliable ‘product’ just because TechCrunch wrote about it.

“It’s almost like they’re too smart for their own good; like that guy at a cocktail party who refuses to speak in anything but hedge fund terminology … he’s not getting a date, because she can’t tell what the hell he’s talking about, and also because he’s an insufferable ass.”

When things go wrong, the reflexive action in Silicon Valley is to blame the consumer instead of taking at least partial responsibility. Uber’s blog post in response to the surge pricing is arrogant. The tone is “You just don’t get it. We’re really, really smart.” AllThingsD asked if New Year’s Eve was Uber’s “Netflix moment.”
I don’t think it is — yet.

Uber didn’t make a giant mistake. There isn’t a fundamental business model problem. The company provides a valuable service that some people are willing to pay a premium for. It has users and drivers who love the service.

It can get past this: Fix the UI, offer no-questions-asked refunds of the New Year’s Eve surcharge to customers who feel they were misled and move on.

Tech writers aren’t immune from Silicon Valley’s blinders. Too many blog posts repeat vanity milestone statistics released by companies instead of asking tough questions like “Do real people actually use this?” “Is there a business here?”

Instead of being critical and pushing companies to be better, we do glowing profiles of founders. We snicker at “idiots” who don’t understand pricing strategies that were deliberately designed to be confusing. They’re not idiots. They’re real people with real money to spend.

And as special a place as Silicon Valley is, we sometimes forget that not everything innovative happens here. After my piece on demand-based pricing and Uber, a friend from Minnesota called me out for using the San Francisco demand-based parking meter experiment as an example when other cities have been testing it, too. Such reporting helps foster the impression that there is nothing of value anywhere else and gives people in the Valley a bigger head, he said. Tech blogs should use more examples from outside the Valley.