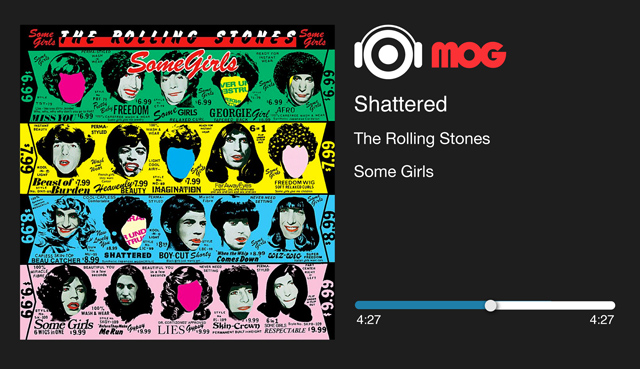 On-demand music streaming service MOG announced today that it has partnered with JVC and Aha, a move that will ultimately put MOG’s unlimited music offering into Subaru and Honda vehicles.

MOG faces heavy competition in the on-demand streaming realm from Spotify, Rdio and Rhapsody, so each service is doing whatever it can to differentiate and promote itself. Offering applications across various smartphone platforms, connected TVs and now in-car dashboards will help get the word out.

In mid-November, MOG was the first company of its kind to debut an in-car music streaming solution with BMW and Mini. Now MOG will have two more in-car options with Subaru and Honda vehicles because the Aha Mobile entertainment platform has been selected for future models.

“Americans listen to music in the car more than anywhere else, so it’s critical for us to enable MOG in automobiles as quickly as technically feasible,” said Drew Denbo, MOG’s SVP of business development, in a statement. “We’re continuing to strongly establish MOG as the on-demand music subscription leader in the automotive space by dedicating significant resources to the category and innovating with new partners.”

As we noted in our CES 2012 preview, in-car media and cloud technology will likely be a major trend this year. We expect Ford, Mercedes-Benz and several other car companies will be rapidly looking to innovate in this space.