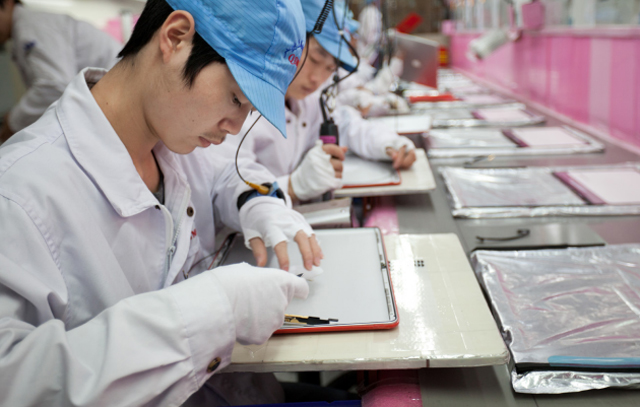 Apple has released a list of hardware component suppliers (and many of their human rights and environmental violations) as part of its 2012 Supplier Responsibility Progress Report.

This list, the company says, accounts for more than 97 percent of Apple’s procurement expenditures for materials, manufacturing, and assembly of iPads, iPhones, iPods, MacBooks and various other personal computing products worldwide. 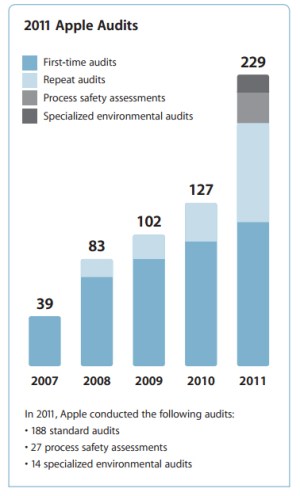 In this year’s report, Apple says it conducted more audits of manufacturers than ever — 229 audits altogether for various partners along Apple’s supply chain. The number of audits represents an 80 percent increase over audits conducted in 2010 and includes more than 100 first-time audits.

While the company says it has educated more than a million employees at Apple’s manufacturing partners around the world about worker’s rights, on-the-job safety and more, the audits unearthed some ugly facts about the companies making iDevice components.

In Chinese partners, Apple’s investigations found issues with payment of workers, benefits for workers and environmental practices. Some suppliers were found dumping waste-water at a farm near the plant, using unsafe machinery, forging payroll records and even administering pregnancy tests to some workers.

Perhaps most troubling of all from a human rights perspective is the continuing instances of child and involuntary labor in Apple’s supply chain. Although Apple says it maintains a a zero-tolerance policy for such labor and that the 2011 audits concluded instances of child labor “were down significantly,” the company can only verify that no underage workers were found at final assembly suppliers.

“I would like to totally eliminate every case of underage employment,” Apple CEO Tim Cook told reporters.

“As we go deeper into the supply chain, we found that age verification system isn’t sophisticated enough. This is something we feel very strongly about and we want to eliminate totally.”

In a email sent today to Apple staff, Cook wrote, “We are taking a big step today toward greater transparency and independent oversight of our supply chain by joining the Fair Labor Association.

“The FLA is a leading nonprofit organization dedicated to improving conditions for workers around the world, and we are the first technology company they’ve approved for membership. The FLA’s auditing team will have direct access to our supply chain and they will report their findings independently on their website.”

While it seems Apple is trying to tackle these overarching issues of international business and manufacturing, we are nevertheless disturbed by many of the things in this report. After all, 78 percent compliance with involuntary labor requirements still means 22 percent noncompliance, which translates to coercion and debt bondage being part of how your your iPhone was made.

Still, all our electronics come from plants such as these. At least Apple is making an effort to be transparent about the process, to find violations, to correct those violations, and in some cases, to stop doing businesses with companies that consistently ignore human rights and environmental regulations.

Here are other interesting parts of the report, as well as some graphs we created showing percentage of compliance, based on data from the report:

93 facilities had records that indicated more than 50 percent of their workers exceeded weekly working hour limits of 60 in at least 1 week out of the 12 sample period. At 90 facilities, more than half of the records we reviewed indicated that workers had worked more than 6 consecutive days at least once per month, and 37 facilities lacked an adequate working day control system to ensure that workers took at least 1 day off in every 7 days.

42 facilities had payment practice violations, including delayed payment for employees’ wages and no pay slips provided to employees. 67 facilities used deductions from wages as a disciplinary measure. 108 facilities did not pay proper overtime wages as required by laws and regulations. 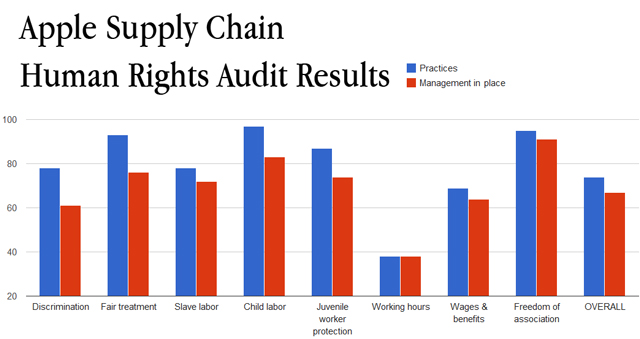 Two facilities were repeat offenders in the category of involuntary labor. Apple’s report states, “We terminated business with one supplier and are correcting the practices of the other supplier.”

[In] 15 facilities… we discovered foreign contract workers who had paid excessive recruitment fees to labor agencies… Some of our suppliers work with third-party labor agencies to hire contract workers from countries such as the Philippines, Thailand, Indonesia, and Vietnam. These agencies, in turn, may work through multiple subagencies in the hiring country, the workers’ home country, and, in some cases, all the way back to the workers’ home village. By the time the workers have paid all fees across these agencies, the total cost can equal many months’ wages, forcing workers into debt…

We discovered a total of 6 active and 13 historical cases of underage labor at 5 facilities. In each case, the facility had insufficient controls to verify age or detect false documentation. We found no instances of intentional hiring of underage labor. 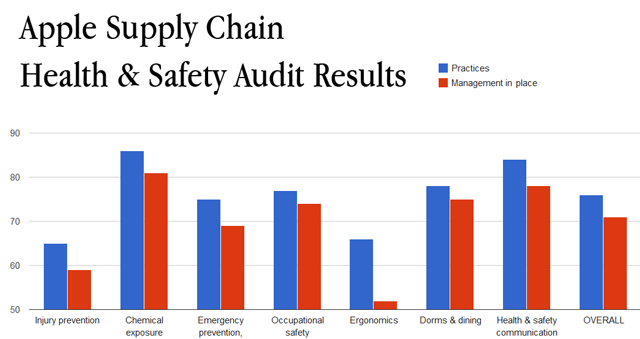 126 facilities did not have the appropriate administrative documentation or approval for at least one item in the health and safety protocol. Examples included workers who performed certain tasks without the legally required licenses, expired elevator permits, and lack of labeling of maximum load for shelving. 78 facilities had at least one instance where a workstation or a machine was missing the appropriate safety device such as a gear guard, pulley guard, or interlock. 58 facilities had workers who were not wearing appropriate personal protective equipment (PPE), such as earplugs, safety glasses, and dust masks. In some instances, the facility had not provided the appropriate
safety equipment. In others, the workers neglected to use the equipment or were using it improperly. Also, 72 facilities lacked procedures for PPE management. 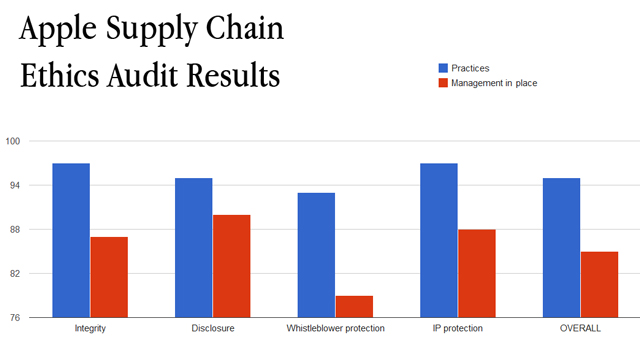 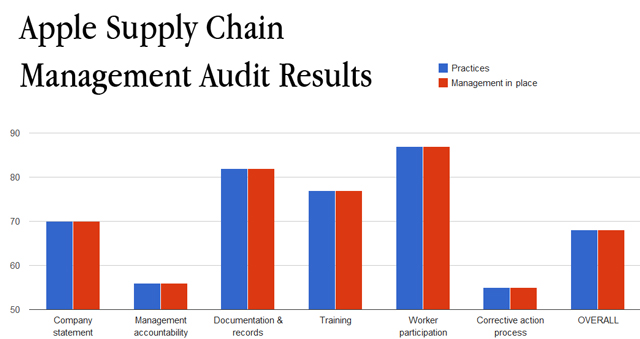