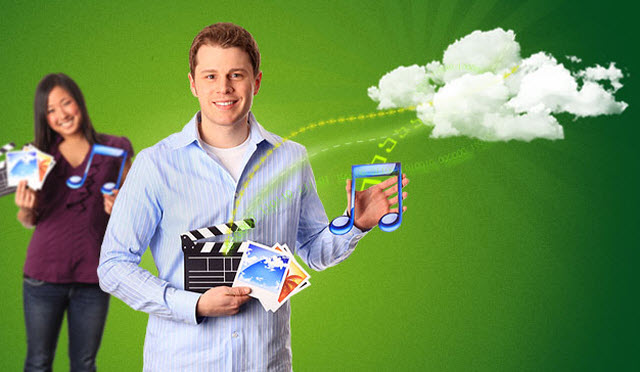 Code 42 Software has been growing quietly in the background, providing online backup for consumers and enterprises. But after a decade of growth, it’s ready to raise its sales and marketing profile. So the company is announcing today it has raised $52.5 million from Accel Partners and Split Rock Partners.

Online backup has become a crowded and important market, now that both consumers and enterprises are generating a mountain of data, much of it stored in an unsecure manner on laptops, mobile devices and other gadgets. Code 42’s ambition is to expand its sales and marketing so that it becomes the storage backup of choice when you want to protect your data.

Matthew Dornquast, chief executive and founder at Minneapolis-based Code 42 Software, said in an interview that the company now has more than 100 petabytes of data backed up with its software and hardware. It has backed up more than 100 billion files and gets 250 million new unique files per day.

It’s a good time to expand because the number of devices in the home and the enterprise that need backup — from phones to video recorders — is increasing every day. Much of that data is personal, so it is increasingly important to store it in a secure way.

“There are all sorts of new devices that are generating data, and the question is how you can manage the data effectively,” Dornquast said.

In 2008, the company expanded into enterprise backup and it now has 4,000 enterprise customers. Many of those, including Google, have taken the company up on its private data cloud service, where the customer takes control of the management of the data in the cloud.

Ping Li, a partner at Accel, said in an interview, said, “Code 42 is a good example of the consumerization of IT. They span everything from the consumer, who likes the Apple-like user interface, but do so in a sophisticated way that gets them into the enterprise.” The investment is the first from Accel’s “Big Data” fund aimed at infrastructure and application companies associated with gathering huge amounts of data.

Rivals include Carbonite and Mozy in the consumer market and Iron Mountain, now owned by HP, in the enterprise. Rivals such as Box and Dropbox have more sharing and collaboration focus. Carbonite in particular is better known because it advertises all over the place.

“We come from a model of protection, while others focus on sharing,” Dornquast said. “A lot of our customers use us to build their own private clouds where they control it.”

Code 42 sells its software as a service or through perpetual licenses. For enterprises, that amounts to $5 to $10 a month for each computer and $6 a month for consumers.

The company has 86 employees and plans to double that this year. The company was founded in 2001 by Brian Bispala, Mitch Coopet and Dornquast and it never raised venture capital until this round with Accel. It has been profitable every year. In the last three years, revenue has grown 500 percent. Dornquast said his firm will use the money for a sales and marketing expansion as well as research and development.

Dornquast said the company is interested in acquisitions and made an acquisition last year of a mobile development team.