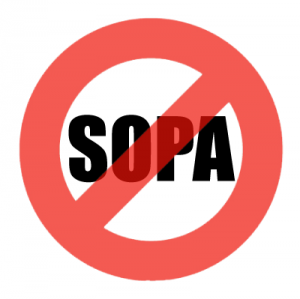 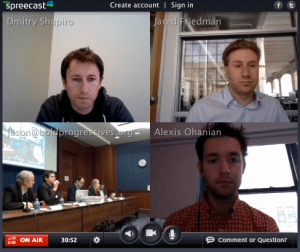 In advance of testifying at a congressional hearing tomorrow, a group of technology industry leaders participated in a public discussion about the ill effects of the proposed SOPA and PIPA anti-piracy legislation.

“The protest for SOPA and PIPA has broad opposition that doesn’t come from the left or right,” said Ohanian, who attended the panel via live video stream. “And everyone agrees that this is horrible legislation. This looks a lot like lobbyist dollars at work.”

Both SOPA (Stop Online Piracy Act) and PIPA (Protect IP Act) gives the U.S. government and copyright holders the authority to seek a court order to block any website associated with infringing, pirating or counterfeiting intellectual property. Some of the methods used to enforce anti-piracy within the bills include blocking a website’s DNS record, de-indexing the site from popular search engine results and/or prohibiting the groups affiliated with the websites from using transaction services like PayPal.

While authors of both SOPA and PIPA expressed concern over the DNS blocking method used to police foreign organizations conducting piracy, neither have any intention of killing the bill in its entirety.

“As we’ve seen with DMCA [Digital Millennium Copyright Act], copyright law does get abused,” said panelist Rebecca MacKinnon, New America Foundation Senior Fellow, Global Voices co-founder. She explained several cases in which big companies used the existing laws to censor information that was unfavorable about their organizations. Should SOPA/PIPA pass, she warns, we could see more of the same.

“But we do need to find a way to protect digital content,” MacKinnon said.

Perhaps the best example of how intrusive copyright laws can be was explained by Veoh founder Dmitry Shapiro, whose company was sued by Universal Music Group for violating DMCA.

UMG filed lawsuits against both the startup and all of its investors — a move that Shapiro said “…choked the company to death by preventing us from raising any additional capital.”

“We were literally litigated to death,” Shapiro said. Since Veoh didn’t have the money to continue operating, it was forced to lay off many of its employees and put itself up for sale.

Unlike other copyright legislation, SOPA/PIPA only applies to foreign websites. Right now both SOPA and PIPA offer vague descriptions of what would actually be considered a “foreign” site — leading many critics to wonder if all sites that allow for user-generated content (like Reddit, Scribd, YouTube and others) would eventually be categorized as foreign under the bill.

This story is developing. Please refresh the page for the most recent update.