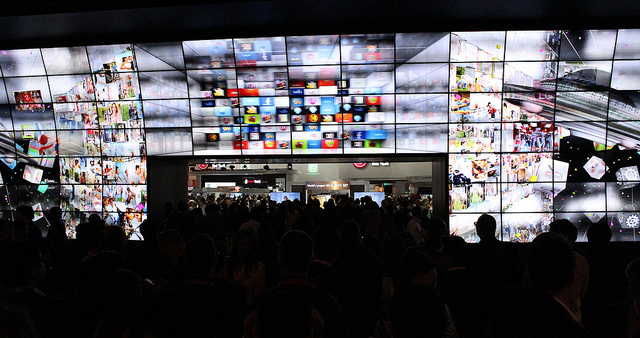 Connected TV was front and center at the Consumer Electronics Show earlier this month: Panasonic, LG, and Sharp all shone spotlights on Internet-enabled televisions, along with just about every other TV manufacturer. MySpace even decided to resurrect itself at CES as a social-TV experience. With all of the articles, press events, parties, celebrity sightings and sheer volume of tech TV news, the full picture of “connected TV” could be easy to miss.

But now, after the dust of CES has settled and the hangovers have worn off, it is clear that connected TV, while not a new phenomenon, is poised to make major headway as 2012 progresses. Here are five pieces of the puzzle that are worth keeping an eye on this year.

Do I know you?

Personalization is the future of “smart” media. It’s not just about hooking up TVs to the Internet. It’s about delivering the right content to the right screen at the right time. Expect to see content that understands who we are and where we are. If the “where” is a bus stop or a train headed to work, our devices will know that we don’t want to watch “The Godfather.” Based on our past viewing history, we’ll get served up sports highlights or a goofy YouTube clip to pass the commute time nicely. Dijit, for example, has started working on social content recommendations and integrating the viewing experience with personal social graphs. Expect smart video to learn who you are, what your routine is, and what you should be watching.

We’re not talking about the size of the screen in your family room, either. Truly personalized video requires “big data” architecture and real-time analytics. Networks, broadcast channels, studios and cable providers will need tools that can mine through massive amounts of data and and translate that into actionable insights. Personalization is a growing trend across a number of sectors (even in law enforcement). Video publishers will gain accurate business intelligence from comprehensive analytics that go beyond market samples, charts and graphs to help maximize revenue and guide strategic ad placement.

The paradox of choice

All of the news from CES lends credibility to the obvious: We’re about to see a lot more content in many more places. And while unlimited choice across a myriad of devices sounds great in theory, it can overwhelm viewers to the point of paralysis. Personalized media knows what you like to watch and lets you know what you should be watching. Hulu handing viewers the power to choose which ads they want to watch is an early step in that direction. But the need for manual input is still very crude, not to mention extremely expensive for advertisers.

Let’s get our story straight

We’ll need to agree on some common terminology. Television over Internet Protocol has been referred to as “connected TV,” “smart TV,” even “cloud TV.” It shows a young, somewhat fragmented industry that has some maturing to do. And while developing a standard lexicon isn’t top priority, it is important that we figure out what connected TV really is — the enablement of great, TV-quality experience delivered over IP.

Study after study shows that connected TV is no longer an early-adopter phenomenon. According to the 2011 Consumer Usage Report published by Nielsen, nearly a quarter of people indicated plans to purchase a connected TV, while 17 percent already own one. In fact, the term “online video” is headed toward extinction. Most can agree that in the future, most, if not all video content will be consumed over IP.

But that doesn’t mean they are willing to “rough it” online. Not surprisingly, our VideoMind Video Index Report found that people are viewing more long-form content on big screens. As more viewers access their favorite shows and movies online, expect more content to follow the eyeballs. With new offerings from established firms like Google and start-ups like Simple.TV, expect an online television landscape that looks a lot like TV as we know it today, only with a far greater emphasis on viewer choice, interactivity and social engagement.

Connected TV is not new, but the influx of investment — time, money, publicity and products — is pushing video toward a critical evolutionary stage. Most TVs sold today offer some means of connectivity. According to our Video Index Report, video played on connected TV devices and game consoles grew more than 200 percent in Q3 2011 alone. Advanced Television writes that 80 percent of all television units shipped in 2015 will be connected. Add BluRay players and gaming consoles to the mix and it’s clear that we’ve reached an inflection point that will see the real winners in the market decided over the next 12-24 months. 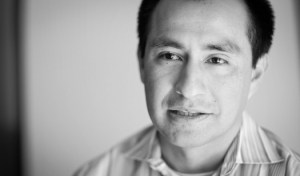 A co-founder of online video service provider Ooyala, Bismarck Lepe now drives the company’s product vision as president of products. As Ooyala’s founding CEO, Bismarck raised the company’s early funding and signed many of the company’s first media partnerships. Bismarck was previously a senior product manager for Google, where he managed the early growth of AdSense display and video advertising and launched more than 25 different Google AdSense products.