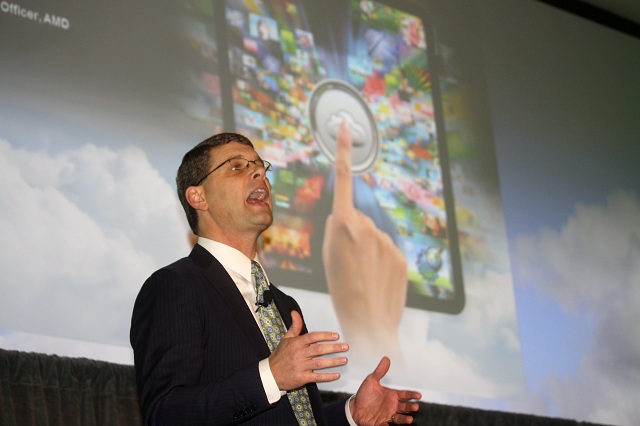 Advanced Micro Devices said at its analyst meeting today that it will ship its first chips designed to provide the processing and graphics power for tablet computers.

Rory Read (pictured), chief executive of Sunnyvale, Calif.-based AMD, was appointed the new boss of the company in August. In his first appearance before analysts, he said the company is now focused on where the market is going. AMD is a strategic company in the semiconductor industry, as it supplies an alternative to Intel for PC microprocessors. Now it is trying to reach beyond PCs to super-thin devices such as tablets.

“We have a huge opportunity in front of us,” Read said. “How the world is using processors is changing rapidly. This is about stepping out of the shadows and leading.”

In the past, AMD’s chips haven’t had the combination of low-power consumption and processing power. Instead, AMD created fast and brainy chips that could be used in everything from laptops to desktops and servers. But the chips ran too hot to be used in the tiny enclosures of tablet computers.

The first tablet chip coming this year is code-named Hondo. It will combine a microprocessor and graphics in the same chip in a solution that AMD calls an accelerated processing unit, or APU. The Hondo chip will be made with a 40-nanometer manufacturing process and will feature ultra-low-power consumption.

Read said that AMD is in the midst of rebuilding trust with customers and executing on its plan. Lisa Su, head of global products at AMD, said that Windows 8-based tablets will appear this year with AMD chips in them.

“We’re entering an inflection point in the market,” Read said. “We’ve got to see the opportunity in the market and execute on it. We have to build trust, change the architecture, and capture where the puck is going.”

AMD has been chasing Intel for a long time and now it faces competition from ARM-based rivals in tablets. But AMD is in a much healthier financial state than it has been in the past; the company has more than $2 billion in debt, but it generates more than $500 million in free cash flow,  so that it can continue to pay down that debt, said Thomas Seifert, chief financial officer.

AMD laid off 10 percent of its employees in the fall, but Read, who was previously the No. 2 executive at AMD customer Lenovo, said the company still has 10,000 employees, including 7,000 engineers. Those engineers will be key to ensuring that AMD does not get stuck between Intel at the high end of the market and the low-end ARM-based chips that are already entrenched in the smartphone and tablet market.

In the past, AMD focused on the PC, server, discrete graphics and the embedded (appliance) market.

“We’ve been in this model of an unhealthy duopoly (a reference to Intel) and we’ve been pulled along in the gravitational force,” he said. 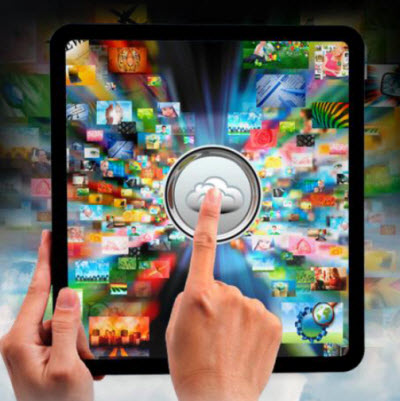 AMD will also refresh the reset of its line-up with its code-named Brazos 2.0 chip with a faster TurboCore and universal serial bus 3.0 capability in a 40-nanometer solution. AMD will also launch Trinity, a second-generation APU built with a more-advanced 32-nanometer process. That will feature significant performance and power improvements. And AMD will also debut this year its Southern Islands stand-alone graphics chip, which has a next-generation graphics core and other cool features. It will be built with AMD’s most advanced 28-nanometer process.

Read and his team also revealed the company’s line-up for 2013. In 2013, AMD will launch Temash, a second-generation APU as a successor to the Hondo tablet chip. It will feature the new Jaguar processing core.

AMD is also creating Kabini, a chip for laptops with Jaguar cores and other low-power features. For the performance segment, it will launch Kaveri, a third-generation APU with Steamroller cores. And it will also launch in 2013 a new graphics chip, code-named Sea Islands.

The Trinity mobile chip coming this year will run at about 35 watts and have low-voltage capability at 17 watts to 25 watts. The chips will have two to four cores under the Piledriver code name and will feature a second-generation DX11 graphics core. Su said that thin low-power laptops will appear this year with Trinity chips. She said that Trinity-based products will be available in the market this summer.

For the desktop in 2012, AMD will launch Vishera, which will have four to eight Piledriver cores. It will also launch a version of Trinity for desktops.

In the mid-range mobile market, AMD will have its Brazos 2.0 chips with two Bobcat processor cores and DirectX 11 graphics. The same kind of chip will be used in desktops.

In servers, AMD will also have a series of chips ranging from four to 16 cores.