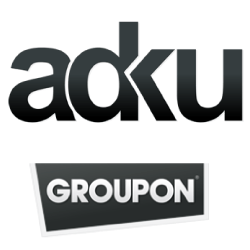 Adku provides a service that attempts to “optimize” a person’s shopping experience by providing product suggestions on sites like Zappos, eBay, and Amazon. It does this by using various data about each shopper such as location and hot news trends.

The startup was founded by three former Google engineers and has remained in stealth-mode since it launched at the AngelPad Demo event in 2010. It’s unknown exactly how Groupon will use Adku’s technology or what the startup’s six employees will be working on. Groupon, which has been accused of being weak on the technology side, will benefit from Adku if only for their product.

The purchase price is rumored to be in the range of $10 million, according to TechCrunch.

“We started talking to Groupon to bring our technology to more customers and quickly realized that we wanted to be a deeper part of a company that people love and is empowering merchants and customers in a way that’s never been done before,” wrote Adku chief executive Ajit Varma in a blog post.