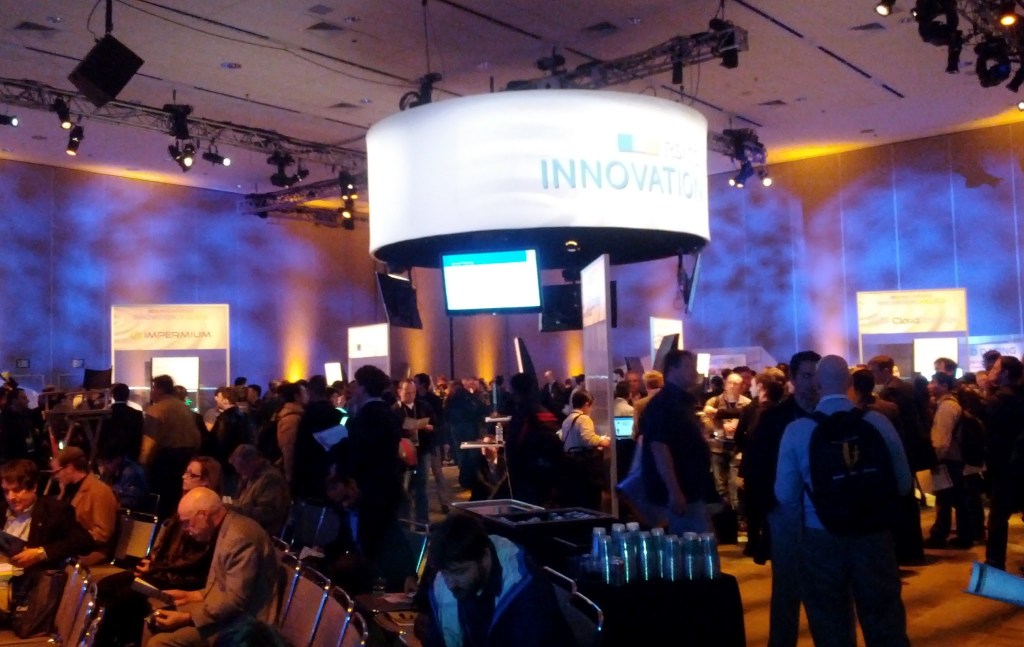 Three security startups caught our eye at the RSA Conference here in San Francisco today. Impermium, Pindrop Security, and MokaFive all showed off their technology as part of the conference’s Innovation Sandbox competition for startups.

10 startups got the chance to strut their wares on stage, solving all sorts of issues from the bring-your-own-device (BYOD) trend to telecommunications. Enterprise application security company Appthority won the competition — the company determines whether an application is safe by teaming up with enterprise Mobility Management and Mobile Device Management solutions such as BoxTone to review and rate each application that enters a company’s app store — but we wanted to shine the spotlight on our three favorites.

As Internet users become more and more discerning of which online offers are legit and which are phishing scams, cyber criminals are in need of new avenues to dupe their victims. Focusing on securing social media, Impermium promises to weed out social spam before it affects your business. Impermium’s “Zaru” engine analyzes what’s happening on a business’s website. Social spam can exist in a company’s blog posts, comments, account sign-ups and more. Based on regular user activity, Impermium can detect whether an action is spam-y or legitimate. This can turn up false positives, however, and annoy customers who are actually trying to engage with your company. Impermium says its engine is getting smarter due to its growing “Threat Network,” which provides insight from all different websites on how humans interact on the Internet.

Pindrop Security almost seems old school. The company is solving the lesser-known problem of caller-ID spoofing. That is, rigging your caller information to give another’s identity. Caller-ID spoofing is dangerous because sensitive information is often communicated over the phone. For instance, if your bank calls you and a criminal spoofs the call, he or she can then use your information to access accounts or open credit cards. Pindrop protects customers from caller-ID spoofing by reading the call’s audio-fingerprint, or a set of tones that define a caller’s location, phone type, and identity. The company provides a SaaS model as well as an on-premise model that acts on the receiving end of the call and does not tamper with telecommunications infrastructure.

Pindrop is headquartered in Atlanta, Georgia and has received funding from Andreessen-Horowitz and Sigma Partners.

MokaFive wants to help bring Apple to the enterprise. It has created software that lets your company’s IT distribute and control virtual desktops to any employee’s device. MokaFive does this by installing a hypervisor, or a layer of software that allows any computer to run any operating system, onto an employee’s computer. That hypervisor once had to live on the server-side, costing a lot of money implement and maintain. MokaFive attempts to eliminate time and financial cost by keeping the virtual desktops as “golden image” files on MokaFive’s servers. There, MokaFive piles on security features that allow IT to wipe a computer if it is stolen, update desktops, and more. The software takes up five gigabytes on the person’s computer and is otherwise fairly quiet.

MokaFive was founded in 2006 and has received funding from Fuller, Vinod Khosla, Highland Capital, Khosla Ventures, and NGEN.