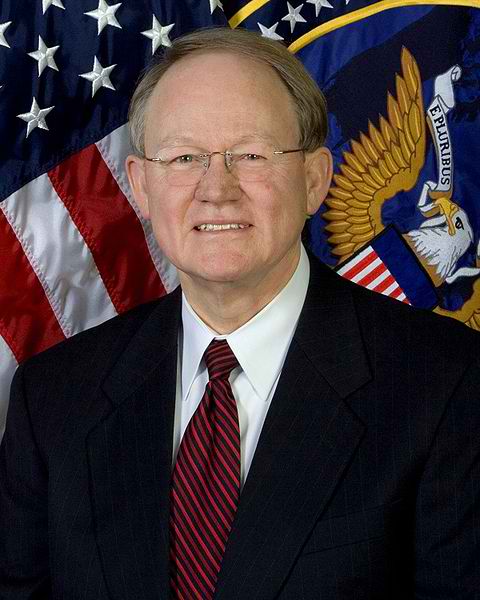 “We are the most digitally dependent nation on earth, we have more to lose,” said McConnell at the RSA Conference in San Francisco today. “There isn’t an entity on the globe that’s safe from penetration, not one.”

McConnell, currently the vice chairman of technology strategy firm Booz Allen Hamilton, spent 29 years as a U.S. Navy Intelligence Officer, and soon thereafter, the director of the NSA. During his time serving in the Navy, McConnell spent time wiretapping the enemy. They were confident that any attack on the country would be known, would be expected, would be protected against. Today, in the age of the cloud, McConnell is worried.

After the 9/11 terrorist attack in New York, McConnell met with then President George W. Bush in the oval office. He explained that while they were taking offensive actions against terrorist organizations, they weren’t being digitally defensive at home. If one of the terrorists had programming experience, and could hack into only one of the U.S.’s banks, it could have a economic damage on the country and the globe far bigger than the damage felt by 9/11.

The former president immediately gave McConnell $13.7 billion to start patching the holes. When Obama came on board, he upped the budget to $18 billion. But thus far that money has only gone toward protecting .gov domains. However, ninety-eight percent of the cloud exists on .com domains.

For McConnell, it is up to the cloud companies to take a political stance now, and ask representatives to protect the U.S. from what he calls “cyber economic espionage.” He says legislation is coming, but it’s not going to be enough. Cloud companies also need to start the debate about privacy regulation across country borders.

“I’ve got a message for you,” said McConnell. “Drive this technology, and drive the standards to force change. The economics of the cloud are compelling…and we’re going to have to get the security aspects of it right.”