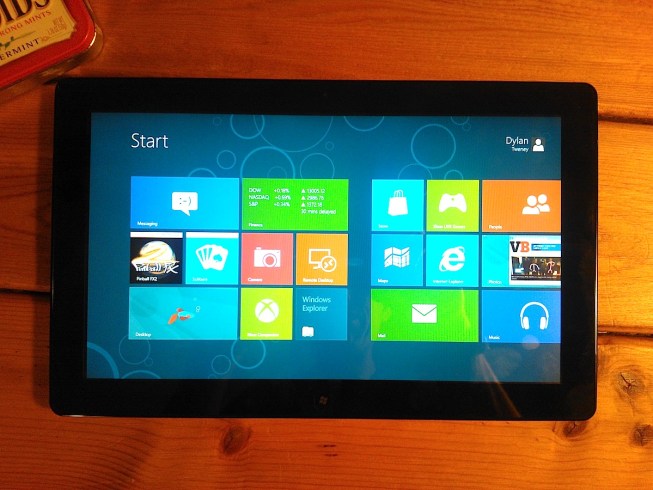 Windows 8 is certain to make a huge splash with consumers — not just because it’s the next version of Windows, but because Microsoft has finally managed to crack the code for putting Windows on tablets.

But I think Windows 8 also teaches us something important about the fledgling tablet category: effective tablets need to be laser-focused on offering an experience that’s more than just a blown up mobile OS. (And making sure developers are eager to build for your platform doesn’t hurt either.)

Google has learned this the hard way in its struggles with Android tablets. First-generation Android slates, like Samsung’s Galaxy Tab, offered the typical Android smartphone experience on a bigger screen, without any tablet app support. Google added a shiny new interface and support for true tablet apps with Android 3.0, but developers (and consumers) didn’t really bite.

It also certainly didn’t help that Android tablets were typically more expensive than the iPad, while offering a less-useful experience.

Meanwhile, Apple figured out early on that the iPad had to offer something beyond the iPhone’s experience to entice consumers. Even though the iPad is running iOS, the same mobile operating system as the iPhone, Apple has pushed developers to create tablet-specific apps, and the iPad sports gestures and features that the iPhone still lacks.

With Windows 8, Microsoft is taking its approach to tablets a step beyond Apple, something that the company made abundantly clear during its unveiling for the Windows 8 Consumer Preview in Barcelona. (Check out our hands-on preview with a Windows 8 tablet.) Unlike Android or iOS, Windows 8 is a full-fledged desktop operating system, not just a souped-up mobile OS on a bigger screen. Microsoft is positioning Windows 8 as its OS approach for all computers in the next decade, not just tablets.

Since it’s banking so heavily on Windows 8, Microsoft has decided to boldly go beyond our preconceived notions of Windows. The Metro interface, borrowed from Windows Phone 7, is a fundamental reshaping of how we approach Windows. Now the OS is equally suited to touchscreen tablets, the keyboard and mouse, and even hybrid devices that combine all of those input mechanisms.

Despite the wide variety of device support, there’s a clear focus on design with Windows 8 that Android has lacked on tablets for some time. Android 3.0 was an improvement over Google’s initial stab, and Android 4.0 steps it up even further, but even that doesn’t sport the same cohesive design vision that Windows 8 does.

Microsoft has also been courting developers heavily to create Metro-style Windows 8 apps for the Windows Store. Google, on the other hand, has done very little to encourage Android developers to create tablet apps. The app ecosystem is vital to the success of any platform, and without it, Google doesn’t have a shot at succeeding with tablets.

Google’s Android head, Andy Rubin, said the company will “double down” on tablets this year, although he said developers shouldn’t have to build their apps multiple times for different form factors.

Windows 8 fulfills a decades-long quest for Microsoft, which started pursuing pen-based tablets in 2001 with the Microsoft Tablet PC specification. Prior to that, the company spent the ’90s on the ill-fated Windows for Pen Computing software.

Microsoft may have been wrong about the use of a stylus pen, but the company has clearly seen the potential of tablets for some time.