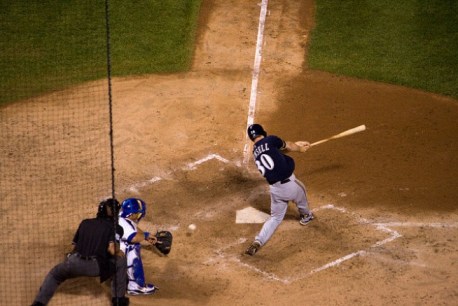 ESPN launched its Developer Center today, declaring that it was making a wide array of editorial content, scores and sports data accessible to third party developers. But the early reviews from the coding community are negative, calling out the high costs and multiple restrictions.

“APIs are for nerds (nerds who build freaking awesome sports stuff)” reads the headline when you arrive at the developer center website. There is a showcase of integrations with premium partners that mixes ESPN data with high profile apps like Foursquare, Pulse and Flipboard.

But these are big time apps with an independent business to support them. What about the third party developer hoping to build some new and exciting with this sports data? As several developer pointed out, ESPN’s terms of service restrict the business possibilities:

“Branding. All Apps must include an approved ESPN trademark, logo or other intellectual property (each, an “ESPN Mark”). Advertising. No advertising or sponsorship of any kind may appear on or be associated with any App (unless included in the Content made available by ESPN). No Charge. All Apps must be offered free of charge to download or otherwise access and may not contain any in-App purchase features.”

“Correct me if I’m wrong – but they’ve made it impossible to monetize my effort, correct? I don’t see how this will go anywhere if that is the case. It seems like they just want developers to build extra ESPN apps for them, and then give them all away for free. Ugh.” writes Hacker News user hopsdamn.

There are also heavy restrictions on the publicly available data. To get scores or team information from ESPN, developers need to be a premium partner. There is no information on how to become a premium parter outside a link inviting developers to contact ESPN. And basic users are limited to 1 API call per second and 2,500 per day, meaning any app that becomes even a little successful is quickly going to get rate limited.

A similar developer platform launched by CBS in January allowed access to a wealth of scores and stats. That’s a much richer set of data to play with than Headlines, which is all ESPN currently offers to basic third party developers.

“Good job ESPN. I was excited about this until I registered and realized I could only use headline data. This thing is completely useless without giving everyone access to at least two more data streams. (No scores?!) FAIL. Nice try though,” wrote Hacker News user methoddk.