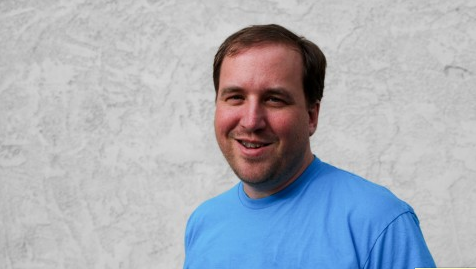 So-called “power angels” have emerged as a force in the U.S.  technology start-up scene. They bring money and relationships to help promising start-ups get to the next stage.

David Cohen,  founder of TechStars, a well-known incubator of start-ups, has emerged as one of them — and he’s doing it by focusing his energies outside of Silicon Valley.

He’s just finished raising his own second seed fund, totaling $28M, which like his first fund is completely independent from TechStars.

TechStars has its own funding program, which awards every start-up in its program $118,000 in seed funding.

Cohen’s separate, private fund gives him a lot of fresh capital to invest both in TechStar companies, and non-Techstar companies, as he wishes. The second fund gives him considerably more fire power than the small $5m personal fund he’d raised in 2009, which is still so young that it is only now bearing fruit.

Techstars was an early player in the incubator craze. Paul Graham’s  Y Combinator, now based in Silicon Valley, was early and has generated incredible buzz here. Techstars has a slightly lower profile, perhaps in part because its activities are so widely distributed geographically — but its reputation is also solid. Cohen himself has also been low-key. Go to the TechStars site, and you’ll have a hard time finding a picture of him, or even a reference to him, after clicking around for a while. He’s developed a record of being a steady player, focusing all of his attention on the companies he backs.

Nine of the first 30 TechStar companies have seen an “exit,” according to Cohen, in an interview with VentureBeat. These include Brightkite (bought by Limbo), Filtrbox (bought by Jive, now public), Intense Debate (Automattic/Wordpress), madKast (ShareThis), SocialThing (AOL), DailyBurn (IAC/Mindspark),  OneForty (HubSpot), and Sensobi (GroupMe).  Occipital sold “RedLaser” to eBay, but still operates as an independent company otherwise.

Other TechStar companies include SendGrid, Orbotix, Next Big Sound, CrowdTwist, OnSwipe, CourseKit, and Localytics — all apparently growing and well funded.

As for Cohen’s personal record outside of the TechStars activities, he invested “single-digit” millions in the group-messaging app, GroupMe, which was a big success. Founded in mid 2010, it was acquired barely a year later by Skype for a reported $85 million. He also backed SimpleGeo, which was sold to Urban Airship. He had another exit, which has not yet been disclosed by the company.

TechStars operates in five markets, NYC, Boston, Seattle, Boulder, and  Texas (which is where TechStars’ “cloud” focused program is based).

Last year, TechStars announced that a syndicate of a dozen VCs had agreed to back each TechStar companies with a check of $100,000, on top of the $18,000 note that TechStars’s own fund gives each company — meaning that each TechStar company now gets a $118,000 check. That check converts into equity when the company goes on to raise a series A.

[Update: This story originally incorrectly reported how much TechStars’ own fund provides each company.]