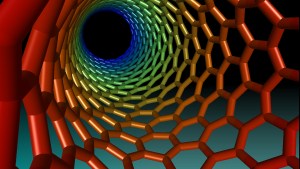 President Barack Obama reportedly asked Steve Jobs what it would take to bring iPhone manufacturing jobs back to the U.S. to which Jobs replied, “Those jobs aren’t coming back.”

The exchange, according to a Jan. 12, 2012 report in the New York Times, occurred in Feb. 2011 at a dinner in Silicon Valley. The late Steve Jobs was right. Even though advances in automation, 3D printing, and the rising costs of labor in China will cause manufacturing to return to U.S. shores, we won’t need the millions of factory workers we needed in the past. That’s because the manufacturing jobs we need filled today are different from the ones we sent abroad. These jobs require fewer workers with very different skills.

Does that mean we are we destined to suffer from chronic unemployment? Far from it. We will create new types of jobs in industries that we have not even conceived of yet. These jobs are likely to raise our standards of living, improve our quality of life, and unleash our creativity.

This may strike you as a utopian dream, but look at the industries that the mobile phone applications economy has spawned since the advent of the iPhone in 2007. An analysis by economist Michael Mandel showed that, as of December 2011, the mobile “app economy” employed 155,000 tech workers in the U.S. Another study by University of Maryland professors Il-Horn Hann, Siva Viswanathan and Byungwan Koh determined that the Facebook apps platform, which was also launched in May 2007, resulted in the direct employment of an estimated 53,434 third-party developers as of September 2011. These numbers don’t include the jobs created in related technical fields and other sectors of the economy: 311,000 in mobile apps and, on the lower end of study’s estimate range, 129,310 in Facebook apps.

Similarly, the new manufacturing will create new types of jobs. We can only guess what these jobs will be and what new industries will emerge, however. The one thing we can be sure about is that we will require a workforce with much different skills and education than what was required for the manufacturing jobs of yesteryear.

Carl Bass, President and CEO of Autodesk, which develops 3D design software for manufacturing, engineering, and entertainment, sees three key developments that will define the new manufacturing jobs: new materials, new processes, and complex integration of automated systems. (Full disclosure: Autodesk is a corporate founder of Singularity University, where I serve as vice president of academics and innovation in addition to my roles at Stanford, Duke, Emory, University of California-Berkeley and Harvard.)

Engineers and scientists are developing many new types of materials such as carbon nanotubes, ceramic-matrix nanocomposites (and their metal-matrix and polymer-matrix equivalents), and new carbon fibers—such as those which BMW is using in its new i3 Concept vehicle. These new materials enable designers to create products that are stronger, lighter, more energy efficient and more durable—opening up new applications that create new markets and displace traditional materials. The key, however, is the ability to apply these materials in high volume and with low costs. This is a challenge that requires innovations in material processing technologies and more highly skilled employees to manage the complex, new manufacturing processes. Prospective employees will need extensive training in order to work in this new environment.

The process of manufacturing is also changing. In conventional manufacturing, parts are produced by using power-driven machine tools, such as saws, lathes, milling machines, and drill presses to physically remove material and achieve a desired geometry. To achieve this, skilled machinists use sharp cutting tools to carve objects from metal wood, plastic, ceramic, and composites. In a new method called “additive manufacturing,” parts are produced by melting successive layers of materials based on 3D models—adding materials rather than subtracting them. This allows manufacturers to create complex objects without any sort of tools or fixtures. The process also doesn’t produce any waste material. 3D printing is only one example of “additive manufacturing.” Machinist jobs will need to evolve in order to deal with greater complexity. This new manufacturing environment will also need legions of 3D designers and people who can operate and maintain sophisticated computer-based equipment.

In today’s manufacturing plants, information systems are usually very hierarchical and depend on predetermined rules. As manufacturing systems become more complex, it will become much more difficult for individuals to spot small deviations and trends within the system. This means that factories, in a way, will need to become “self-aware” in order to support optimized systems. This self-awareness will cause transformations in the way people work. There will be far greater use of simulation to look at the manufacturing systems’ ability to react to changes, such as the introduction of a new product or factory rearrangement. The line between the virtual and physical world will also start to blur, forcing most manufacturing engineers to become more adept at dealing with virtual control systems simulation and other such technologies.

The good news is that this new manufacturing, if and when it’s realized, will allow American manufacturers to compete on a global scale again. But the U.S. will have to fundamentally re-engineer its education system if its citizens are to enjoy a rising standard of living. The current system was designed for a rural, agrarian population, not one that’s increasingly urban and competing globally. Tomorrow’s manufacturing workforce will have to be prepared to do new jobs that are less mechanical and, instead, require creativity and thought. There is no shortage of problems to solve, products to build, and technologies to develop. So, the more skilled workers the nation has to address these challenges, the better the employment and economic outlook will be.

This story originally appeared in the Washington Post. Top image: Rendering of a carbon nanotube by Geoff Hutchinson/Flickr.