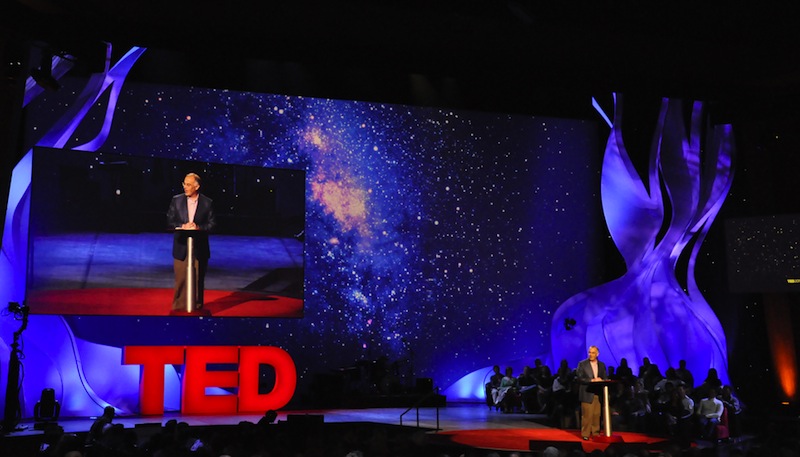 Netflix announced today that TEDTalks are being added to its library of streaming content.

TED is a conference that takes place all around the world, known for attracting speakers who give thought-provoking, big-picture speeches about a range of subjects. The motto of the conference is, “Ideas Worth Spreading” and talks run anywhere from three minutes to a half hour, hopefully packed with insight. Netflix is aggregating these talks into two and a half hour segments called TEDTalk Shows, and divvying them up into 14 different categories, such as space, beauty, and sex.

As The Next Web points out, TED is an expensive conference to go to. It can run $7,500 to see the talks in person, and unless you live in Long Beach, Calif., you’re going to pay travel expenses as well. A streaming instant-video subscription with Netflix, on the other hand, costs $7.99 a month. The TEDTalks Shows are available to Netflix customers in the U.S., UK, Canada, Latin America, and Ireland.

The announcement came soon after Amazon announced a new partnership with the Discovery Channel for its own streaming service. Amazon has quickly turned itself into a Netflix competitor, offering streaming content through Prime Instant Video. The model is slightly different from Netflix, as Amazon Prime costs $79 a year for the program which also offers perks within its broader e-commerce website (such as free 2-day shipping). But the company faces similar challenges to Netflix in creating production-studio partnerships.

The secured deal with Discovery boosted Amazon’s total video offerings count to 17,000. Netflix, which is having a harder time keeping partnerships, is still fighting at 13,855 titles, according to Instant Watcher.

Check out the video below. It isn’t actually a TED talk, but was posted on the TED website, and is an example of the awesomeness that is TED:

hat tip The Next Web; Ted image via whiteafrican/Flickr