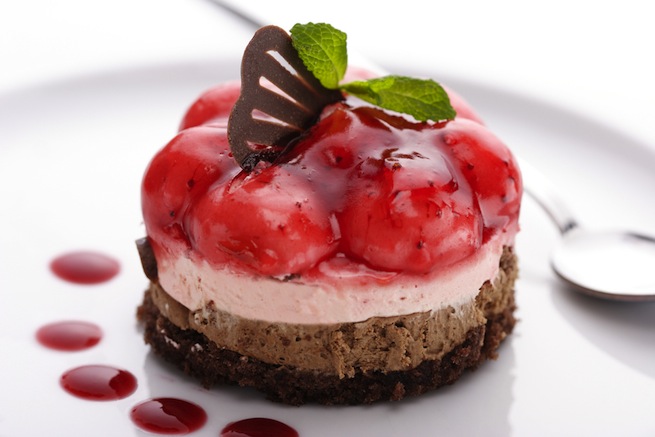 Yummly, a recipe search engine that would make any recipe hoarder and home chef happy, announced Wednesday it has raised $6 million is its first round of funding. The site compiles recipes from several popular recipes sites so you can browse and search for whatever makes your mouth water.

Finding recipes online is not at all hard: There are hundreds of thousands of blogs and websites devoted to making delicious food. But Yummly its trying to round up tons of recipes and make them easily searchable so users don’t have to wade through all those websites.

“Our vision is to make Yummly one hub to find recipes and cook meals,” said Yummly co-founder and chief executive David Feller in an interview with VentureBeat, “We want to improve the (recipe) finding experience and have built a data platform that understands food.” 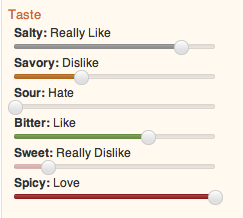 What makes Yummly stand out is its semantic recipe search, which understands the context of what people are searching for instead of focusing only on the exact keywords. It also makes good use of multiple search filters to hone your searches. Most prominently are the taste filters (shown right) — sliding bars that let you chose which tastes you prefer such as sweet, spicy, or savory —  which narrow down recipes that fit your taste bud preferences. You can also filter by dietary restrictions, allergies, nutritional value, cuisines, type of meal, price of the meal, and which source the recipe comes from, such as Epicurious or AllRecipes.

“We feel semantic search is incredibly important. For example, if you searched for a fish recipe in Google, it might not understand to include results for salmon, like Yummly would,” said Feller, “Yummly doesn’t need to have the specific keyword to find what you’re looking for, it understands the context of what you’re searching.”

The interface leaves something to be desired; it’s simple, but bland. Though compared to one of its competitor’s, Cooks.com, the website is much easier to read and digest. One plus for Yummly is that it provides nutritional information for every recipe in the same format you’ve see on a food package, so you know where to find exactly what you’re looking for.

Yummly’s search engine draws is recipes from 15 food blogs and websites to make up its recipe results, hoping to save people the time they spend Googling a recipe and clicking through to multiple websites.

However, the company does face some competition from Google’s search engine, which is most people’s go-to place for finding information. Google’s plans for its own version of semantic search could make the search engine more intelligent and powerful and make Yummly redundant.

Yummly attracted funding from Physic Ventures, which led the round. Physic Ventures partner Andy Donner told VentureBeat that his firm was drawn to Yummly because of its semantic search process.

“We were compelled by the natural language scientists who really understood how to take unstructured data and make sense of it, said Donner, “Yummly is able to create meaning from recipes by parsing the data and wow users with highly accurate searches.”

Unilever Corporate Ventures, Harrison Metal Capital, First Round Capital, Intel Capital, The Harvard Common Press, and private angel investors also participated in the funding round. Yummly was founded in 2010 and is based in Palo Alto, Calif. The company has raised $7.85 million in total funding.