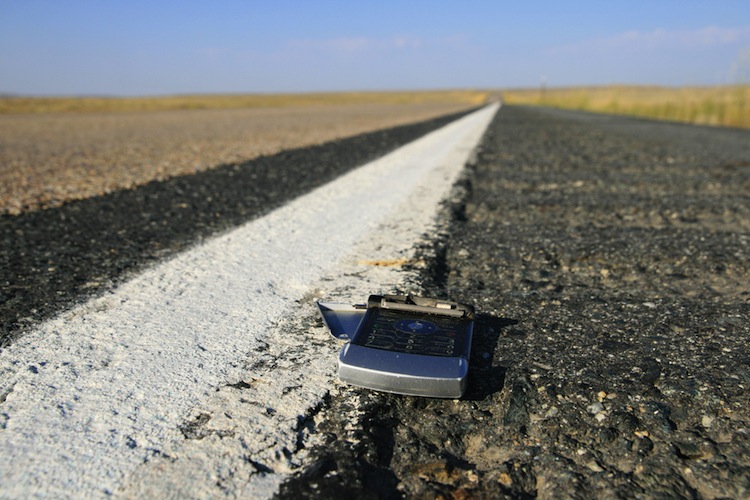 Remember that time a prototype iPhone 4 was “lost” in a bar? Well, it certainly didn’t stop Apple from making a ton of money, but the scenario of leaving the bar and a smartphone behind is all too familiar for many of us. Lookout Mobile surveyed data from its 15 million customers and determined that in 2011, nine million of those people lost their phones. That’s a lost phone every 3.5 seconds. If it takes you seven minutes to read this post, 120 smartphones will have been lost by the time you finish.

The city you live in may actually contribute to your butterfingers. The top five cities where people lost phones are Philadelphia, Seattle, Oakland, Long Beach, and Newark, according to Lookout. Where you lose your phone within those cities varies, but one thing stays the same: you’re most likely to lose your phone in a place where you’re handling drinks. The top two locations overall were coffee shops and bars.

For all those San Franciscans reading, “tech startups” was ranked tenth where you’re likely to lose your phone. (Anyone want to come visit VentureBeat? We’re a tech-media company, but I’m sure one of us could use an upgrade…)

So, what adds up to $30 billion in cost? To start, each phone costs money. In 2011 alone, Lookout located over $2.5 billion in phones. For instance, if you don’t want to sign a new two-year contract, an iPhone 4S can run you $649.99 — and that’s just the 16GB model. Banking apps, sensitive corporate information, and whatever price we put on our Facebook data all add up to that $30 billion cost to consumers.

Antivirus software maker Symantec recently reported its “Honey Stick Project,” on what happens to smartphones after they are lost. Researchers left phones, which were outfitted with a GPS and monitoring software, in New York, San Francisco, Washington D.C., Los Angeles, and Ottawa, Canada. They fashioned icons that mimicked well-known apps, but actually sent back data on whether the phone’s “finder” attempted to access personal information.

Ninety-six percent of people who found the smartphone attempted to use the phone. Eighty-nine percent tried to open personal apps. Only 50 percent actually tried to contact the owner.

You can check out Lookout Mobile’s report online for more factoids about lost phones. I leave you with a few of my favorites: