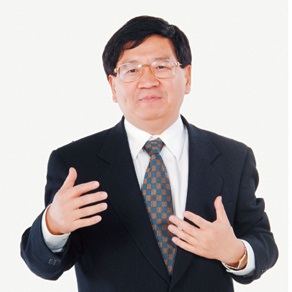 Xu Xiaoping, one of China’s most prominent angel investors, doesn’t think China will be able to produce its own equivalent of Steve Jobs or Bill Gates in this generation.

On Saturday, I went to a Yale Club of Beijing talk by Xu Xiaoping (pictured above) at Peking University. He’s an investor in tech startups as well as in film and philanthropy. At the end of 2011, his angel fund Zhenfund announced its partnership with Sequoia Capital China to create a $30 million joint-venture seed fund. Xu is probably most famous for being the former co-founder and Vice Chairman of New Oriental Group, a NYSE-listed education company that helps prepare Chinese citizens to study overseas, mainly in America.

The Yale Club discussion was focused on the lack of innovation in China. Xu said that while things are changing, it will take more time for creativity to become mainstream. Here are some of his reasons why China could take years to start truly innovating:

1. China has a culture of education first, at the expense of passion

We like to joke about Asian parents being strict and paranoid about their children’s education. Of course, not every Asian parent is like this, but there is some truth to the stereotype.

In China, a number of factors feed into parents’ paranoia. The main one is fierce competition. With so many people fighting to get into the best schools and presumably best jobs, the only way-in besides guanxi (relationships), is through stellar grades. Xu explained that China’s most important high school and university entrance exam, called the Gao Kao, is a killer of passion and creativity — a rather bold statement.

He explained his reasoning with the story of two people. The first was a Chinese boy in Canada who had a great passion for programming and was encouraged by his parents to explore his skills. This boy went on to do amazing things and created a valuable technology company. The second boy was in China. He also had a deep passion for programming and even invented something that Apple could have used. But his parents told him to stop working on it and instead focus on studying for the Gao Kao. Years of draining preparation sucked his passion away for programming and he eventually just became an employee of a large company. Xu believes that this traditional Chinese mindset of fighting to be accepted, rather than encouraging people’s natural curiosity and passions, deters China from reaching its true potential.

Xu is convinced that China’s education system lags behind more Western countries such as America. That is why his former company, New Oriental, sends people from China overseas to study, broaden their perspectives, and discover themselves. However, as China’s economy booms, this trend is starting to slow.

At the end of the talk, I asked Xu Xiaoping, “How long will it take until China can stop sending students overseas to become really creative and innovative?” He replied, “At least 20 years.”

Xu feels many Chinese tech companies and their products and services lack “soul.” For example, Steve Jobs was more artist than engineer. He believed his products needed a personality and evoke emotions in people. Xu said this way of thinking and intuition is largely missing from China and is a fundamental reason why China will not have a Steve Jobs in this generation.

Lei Jun, the founder of Xiaomi Tech, is thought to be China’s closest contender for the role of China’s Steve Jobs, but even his friend Xu believes he isn’t the right guy. He explained that Lei Jun is an engineer at heart, not an artist. Now Xiaomi is looking for a CEO who can execute like an artist, but Xu believes it will be difficult to find that person in China. (Xu himself is passionate about arts and culture. He studied music and was a music teacher at Peking University.)

This partly explains why there is so much cloning in China. Most Chinese startups are not founded by designers or artists, but by engineers who don’t have the creativity to think of new ideas or designs. For now, cloning works because it speeds up the time to market, but even people in China are starting to criticize such blatant copying. (The latest example is DianDi, an exact clone of popular mobile-journal app Path.) If people revolt against copying more, the copiers could be forced to change their strategy.

3. Innovators are discouraged by giants that want to crush them

In America, and especially in Silicon Valley, there is a startup culture of build-to-acquire. Meaning many startups create a product that a big company like Facebook, Google, Apple, or Microsoft will want, and then sells it to them. Sometimes, the big company just wants the talented team. Other times, the big company saves money and time by acquiring the startup technology instead of building something from scratch.

However, in China, many big companies like Baidu, Sina, and Tencent can afford to hire a big team to crank out the product rather than buy a startup. Often, if it sees a Chinese start-up working on something with big potential, the large company will just copy the product and pump it up with its huge amounts of existing-users, eventually crushing the original startup’s offering. These types of threats from big companies discourages people from innovating and trying their luck.

But Xu said things are starting to change. Companies like Tencent are attempting to be more equitable, and instead of sharing only 10 percent to 20 percent of revenue with game developers, it is taking a more developer-friendly stance with 70 percent revenue sharing. Hopefully things continue in this direction.

Curious about Xu’s thoughts on what can speed-up China’s journey to innovation, I asked “Does China need a top-down approach from the government or does it have to happen from a bottom-up approach from people leaving China and coming back?” Xu answered that it will be somewhere in between. Of course, trying to change something so engrained as culture and thinking is extremely difficult, and can only happen from a top leadership position. On the other hand, since China does not promote creativity and free thinking in the same way as other countries, the innovations will continue to come from people who are exposed to other countries and cultures.

China was able to accelerate its economic transformation and overcome poverty within 30 years, so transforming China to become more innovative in 20 years seems possible.

This article originally appeared on TechNode, a VentureBeat editorial partner based in China.