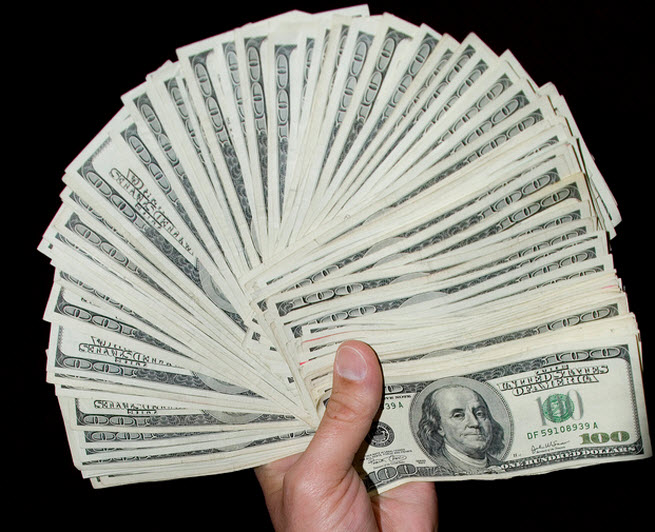 Venture capital funds raised $4.9 billion in the first quarter of 2012, down 35 percent from a year ago, according to Thomson Reuters and the National Venture Capital Association. 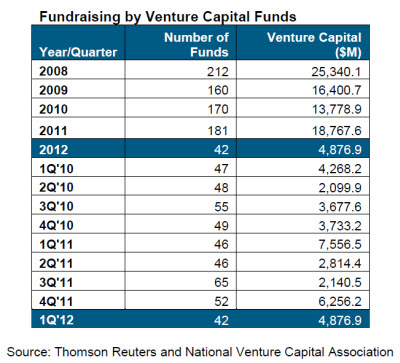 The trade group said 42 firms raised the money, down 9 percent from the number of funds in the first quarter of 2011, when 46 funds raised $7.6 billion. The top five funds accounted for 75 percent of total fundraising in the quarter.

The number of funds raising money fell to its lowest levels since the third quarter of 2009, when 36 funds raised money. But the trade group said the numbers are not a cause for panic.

“While the first quarter fundraising numbers represent a slower start than last year, venture firms appear to be more optimistic about the fundraising environment in 2012, especially those who have benefitted from the improving exit environment of late, which has also been encouraging to our investors,” said Mark Heesen, president of the NVCA. “Many venture firms are either now officially in the market to raise a fund or will enter in 2012. For these firms, it will be do or die – and the collective outcome of their fundraising efforts will lay the groundwork for the amount of venture capital available for investment in entrepreneurial companies the next decade.” 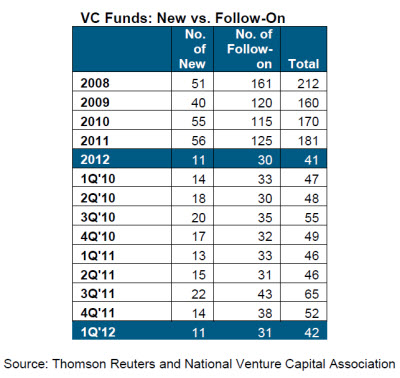 A total of 31 follow-on funds and 11 new funds raised money in the first quarter, with a ratio of 2.8-to-1 of follow-on to new funds. The largest new fund was from Boulder, Colo.-based Fraser McCombs Ventures, which raised $16.9 million for the firm’s inaugural fund.

The biggest raise was by Menlo Park, Calif.-based Andreessen Horowitz Fund III, L.P. which drew in $1.5 billion, the firm’s largest fund to date. Canaan Partners and Bain Capital Ventures each raised $600 million during the first quarter of 2012.