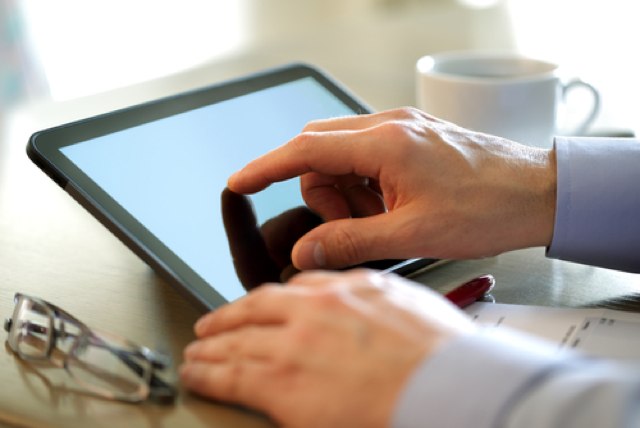 Consumers the world round have fallen so hard for the charms of tablets that sales are expected to balloon by 98 percent this year. 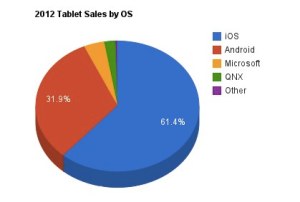 It’s no secret that Apple’s iPad is the dominant tablet on the market, and Gartner predicts that Apple will maintain its hold for several years to come. The firm projects that iOS will account for 61.4 percent of worldwide tablet sales this year, and 54 percent of sales in 2013. By 2016, according to Gartner’s calculations, Apple will be responsible for 169.6 million tablet sales at close to 46 percent share.

“Despite PC vendors and phone manufacturers wanting a piece of the pie and launching themselves into the media tablet market, so far, we have seen very limited success outside of Apple with its iPad,” Gartner Research President Carolina Milanesi said. “The situation has not improved in early 2012, when the arrival of the new iPad has reset the benchmark for the product to beat.” 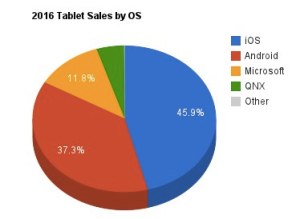 But don’t ignore Android — the battle for share has Android eating away at Apple’s empire in the years ahead. Google’s operating system will account for 31.9 percent of tablet sales this year, 34 percent next year, and 37 percent in 2016, according to Gartner.

Here’s another trend to watch: enterprise tablets will account for 35 percent of worldwide sales in 2015, Gartner believes, though tablets will be purchased by consumers through company buy/bring your own device (BYOD) programs. “This poses a big threat to vendors that thought about focusing on the enterprise market,” Milanesi said.