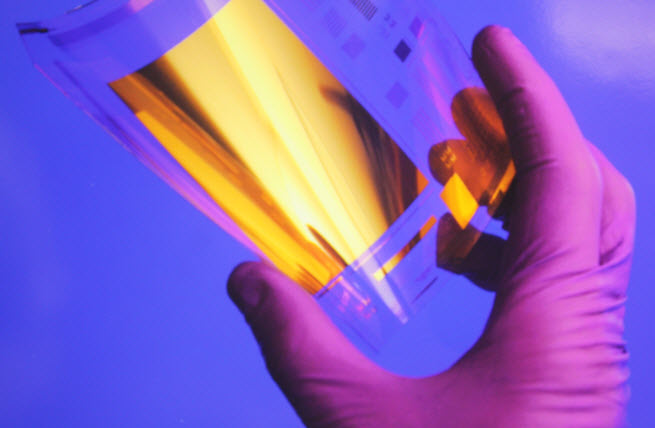 Flexible electronics promise some very cool products in the not so distant future. They include smart bandages that monitor the vital signs of a wounded soldier. Sensors that can detect where the weakest part of an airplane. Flexible glass that can display digital imagery. And smart trading cards that can transmit information to a digital display. 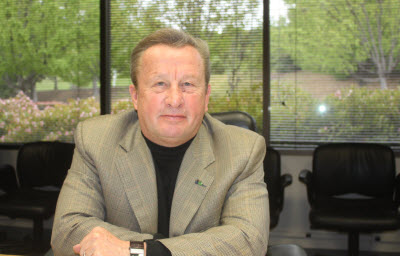 It has taken decades to reach this point because it requires the invention of new semiconductor manufacturing technologies, which have to be reused in ways that apply to the new kinds of materials. The good thing is that putting a little bit of electronics into flexible or wearable materials can result in a lot of new applications that don’t cost all that much to build. Flexible electronics is still looking for home-run applications, but it’s not as pie-in-the sky as it sounds. The manufacturing has improved to the point where simple memory devices cost just pennies.

“You get much more product flexibility, lower costs, and innovation,” said Malcolm Thompson (pictured), head of the Flex Tech Alliance, in an interview with VentureBeat. “It is an industry that is nascent but will grow rapidly. We’re already starting to see new kinds of applications in plastic memory for toys and sensors for aircraft.” 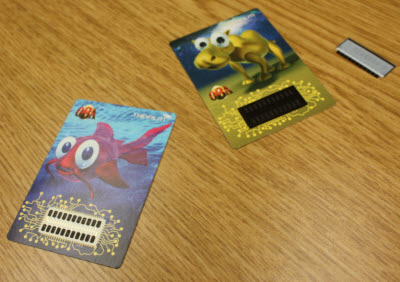 The printing part is key to making the flexible electronics easy to manufacture and mass produce. It’s relatively easy to lay circuitry down on a plastic surface, which can be unrolled as if you were printing a newspaper on paper.

“We’re talking about something that is really low-cost that can be repurposed,” Thompson said.

Thompson spoke to me during a tour of the famed Palo Alto Research Center, the Silicon Valley research site that has been doing broader industry research for the past decade. PARC is home to a big program in flexible displays and printed electronics. The Flex Tech Alliance has been around for 15 years and it has conducted 153 projects since 1994. In those projects, government entities such as the Defense Advanced Research Projects Agency provide 40 percent of the funding and the companies that propose the projects provide about 60 percent of the money. 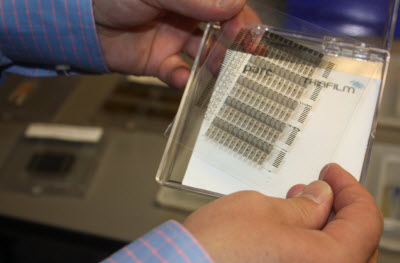 Most of the alliance’s work has gotten under way in the last four years. The alliance has 90 members, including the Army, Corning, Dpix, E Ink, Fujifilm, Hewlett-Packard, Lockheed Martin, PARC, Philips, Qualcomm, and a bunch of universities and startups. A workshop last week at PARC in Palo Alto, Calif., drew more than 560 people in the research community. The alliance helps companies identify where the gaps in the research are.

The research encompasses a lot of territory. Researchers are looking into non-crystalline materials, nanomaterials and flexible substrates. They are doing work in printing, patterning, plastic molding and other manufacturing work. They are exploring flexible electronic devices such as membranes, sensors, and thin-film transistors.

The products include smart bandages that can deliver the vital signs of a wounded soldier, neuro-prosthetic devices with sensors attached to them, sensor networks, solar cells, and smarter toys. The markets include military and emergency workers, medical, agriculture, civil infrastructure, energy and consumer products. 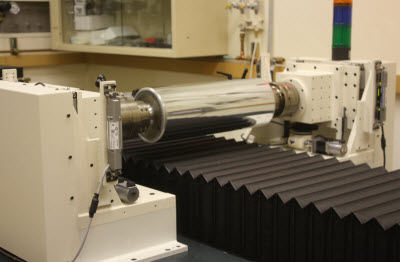 The device for sensing a soldier’s vital signs is one of the alliance’s funded projects. It could use a foldable plastic strip with an E Ink display (like the one in the Amazon Kindle eBook reader). The credit-card size device may have Bluetooth connectivity, a thin battery, and digital sensors that can detect skin temperature, heart rate, stress level, respiration rate. The strip might cost a dollar.

Nike and Reebok, which have participated in alliance events, are also interested in flexible products that can monitor athletic performance. It’s not so hard to imagine how they might apply flexible electronics.

Corning, Binghamton University and Western Michigan University are working on a project where they will print electronic circuits on flexible glass. If they succeed, it could be used in sensors, energy harvesting and storage, displays, and electronic lighting.

“This is very exciting technology that would be useful both to the military and in commercial markets,” Thompson said.”With this technology, the world will be healthier, safer, simpler and smarter.”