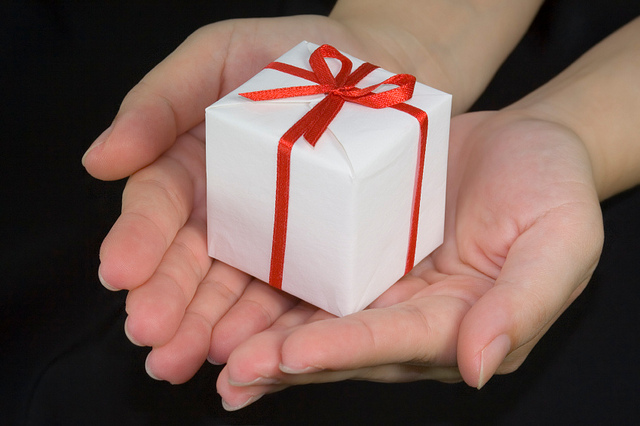 Everybody likes getting presents. The idea behind Ticlr is pretty simple. You’ve got a professional network, and it would be great if all those folks in your Rolodex felt kindly towards you.

The company has been running in beta for a while, focused on the demographic of Facebook moms. Today it’s launching version 2.0, which focuses on strengthening connections and incentivizing people through gifts and donations. 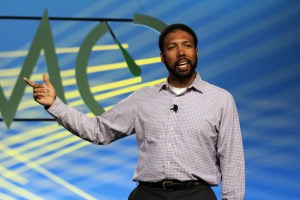 “Maybe you’re trying to get your teenage daughter to finish her homework on time each week or pump up your division to crush its sales goals,” said Ticlr founder Chuck Digate. “We let you set the parameters around the gift and automate the process for giving.”

Digate says they have seen a lot of success with Facebook moms, but have a much bigger target in their sites. “We want to corner the ‘first date’ market. How can you break the ice and incentivize someone to grab that cup of coffee?”

On stage at DEMO, the company walked the crowd through the Facebook and email “tickling” process. Digate proceeded to send a “conditional tickle” to a woman he has a crush on. And, because it was a demo, the woman accepted the tickle — which was an invitation for a sushi dinner date — despite the unfortunate email subject link: “Someone tickled you with something special.”

“When thinking about asking someone on a first date or sending a gift, Tickle them instead,” co-founder Voloe Scott said.

Ticlr is also introducing a crowdsourced gift locker where people can surf for ideas and easily purchase that last-minute gift.

Tickling jokes aside, a panel of experts appreciated the idea behind Ticklr. In a post-demonstration discussion, Greylock Partners partner John Lilly said that though the app is a tad too complicated, he would consider investing in the company. Panelists Bill Nguyen and Larry Augustin both said they appreciated the silliness of the application, though Nguyen added that it may be hard to get people to give gifts in that format.

You can get a sense of how the service works from this animated video the company launched on Youtube.

Ticlr is one of 80 companies chosen by VentureBeat to launch at the DEMO Spring 2012 event taking place this week in Silicon Valley. After we make our selections, the chosen companies pay a fee to present. Our coverage of them remains objective.