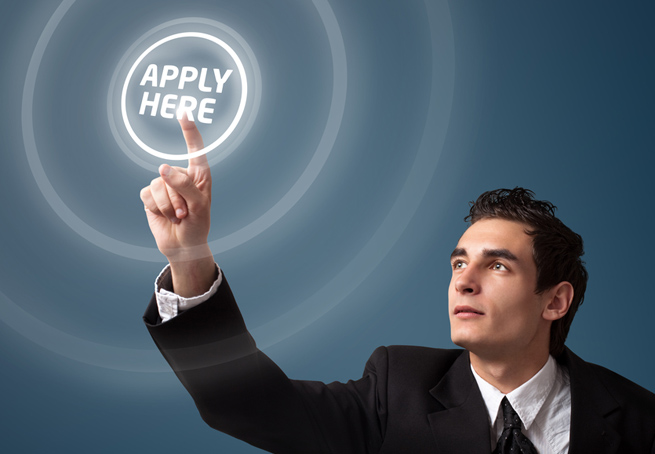 Job search site Indeed, already a long-standing powerhouse in the U.S., has overtaken TotalJobs to become the top job search site in the U.K. based on unique visitors, the company revealed today.

Indeed overtook Monster in the U.S. in Nov. 2010, a sign that its formula of showing job listings from tons of job-related sites worked pretty darn well. As of March, Indeed has attracted more than 67 million unique visitors worldwide monthly, with 32 million or so of those being from the U.S., according to Google Analytics data.

Even before the Stamford, Conn.-based company became number one jobs site in the U.S., it had its sights on the rest of the world. David Rudick, Indeed’s Vice President of International Markets, told me that while the company introduced Indeed in the U.K. in 2007, it didn’t start picking up real steam until 2011 when it introduced a slew of new products that were tested in the U.S. first.

“Our traffic from this past March was actually 50 percent higher than what it was a year ago,” Rudick said. “We’re always looking for new ways to give job seekers a better experience and that is paying off.”

Besides the U.S. and U.K., Indeed also has localized versions in about 50 other counties. Success has been mixed from country to country, but Rudick said Indeed is now the no. 1 job site by unique visitors in France and the Netherlands. Both of those milestones were reached in 2011.

To ensure that Indeed maintains strong international growth, the company opened a new Europe, Middle East, and Africa (EMEA) office this March in Dublin. Rudick said it is considering other countries to add to its list, but the company’s immediate priority is to roll out new features and products to markets it has already launched in.

Fast-growing Indeed stands in stark contrast to competitor Simply Hired, which laid off 20 percent of its 100-person staff in early January. Indeed, on the flip side, now has 450 employees, with 105 of those hires happening this year.

On the financial side, Indeed raised a $5 million first round from Allen & Company, The New York Times, and Union Square Ventures back in 2005 and has coasted on that ever since, generating revenue almost exclusively through on-site advertising.

Here’s a chart Indeed provided showing its global growth since its 2004 launch to March 2012: 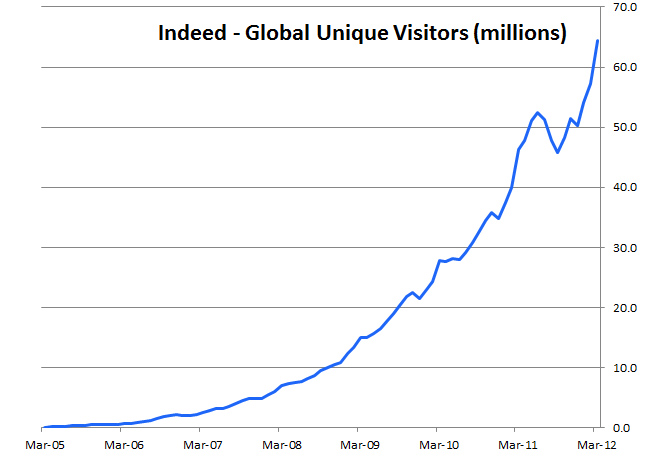