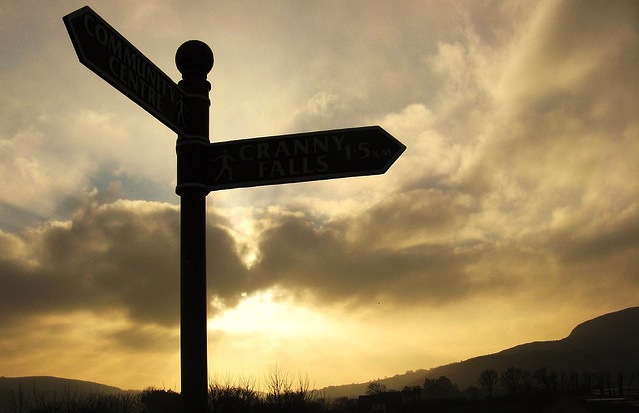 Local advertising startup Signpost grew its business a little bit Tuesday with a $3.75 million investment and a new employee. Christopher DePatria, former head of sales at AOL Patch, joined the team as the vice president of revenue.

Signpost tackles the market of local businesses that need exposure, but not beyond their town, county, or tri-state area. The company recently hooked up with Google Offers, the baby of the daily deals world, to promote its clients.

Signpost’s customer track record is not bad, with 93 percent of businesses renewing their services every month. The company also boasts that its costs are much lower than others at $100 per month. The amount of money will get you a campaign that Signpost creates and manages, and analytics about how the campaign is performing. You can also set up local coupon deals with the company’s services.

PaperG, CitySlick, and even Google Adwords are competitors of Signpost. With the company’s Google Offers integration, it also competes with LivingSocial and Groupon.

Chris DePatria left AOL’s struggling local business blog service Patch, which also recently lost its Editor in Chief Brian Farnham. AOL’s media business has had its up and downs, so it’s not surprising that DePatria left a browning patch of grass for potentially greener pastures. DePatria previously worked in ad sales for Yahoo.

Spark Capital led the round of funding. The money goes toward adding DePatria to the team, as well as growing the business. The $3.75 million brings the company’s total funding to $5 million.

The New York-based startup was founded in 2009 and is backed by Google Ventures, Spark Capital, and angel investors Jason Calacanis, Jack Herrick, and Thomas Lehrman.