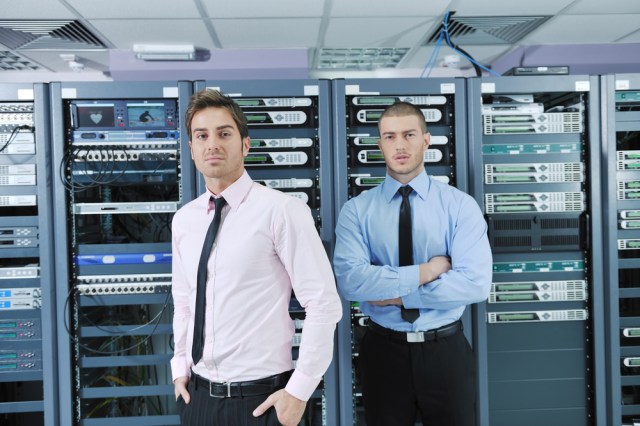 Slashdot, the original gangster of web-based news for nerds, has just launched yet another site: SlashBI. The “BI” stands for business intelligence, and this news, while still somewhat nerdy, will appeal to the enterprise types more than the, ahem, neckbeard types.

It’s a new audience for Slashdot — one with ample money from corporate coffers that needs to be spent on IT projects. If we didn’t know better, we’d swear these Slashdot guys were trying to make money or something.

Mere weeks ago, Slashdot also launched its YouTube-for-nerds-themed video site, Slashdot.tv. The video site features the kind of typical Linux/security/science fare one would typically expect from a Slashdot-branded web property.

SlashBI, on the other hand, is a different sort of animal.

“We’re going to publish every business day with a mixture of news and analysis from journalists, business leaders, analysts, etc.,” wrote Nick Kolakowski, senior editor at Slashdot parent company GeekNet, in an email to VentureBeat.

“SlashBI is a complementary destination to Slashdot, designed to not intrude on the latter. The new site allows us to give our audience something extra — namely tons of news and analysis on everything B.I.-related — without infringing on the news-for-nerds aspect that made Slashdot so popular in the first place,” Kolakowski continued.

SlashBI so far brings a smattering of news about big data, open-source in the enterprise, cloud technologies, and storage for systems at scale.