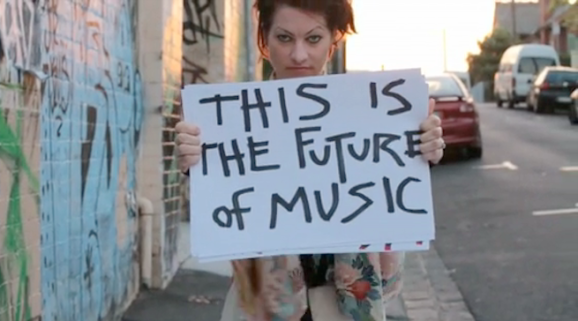 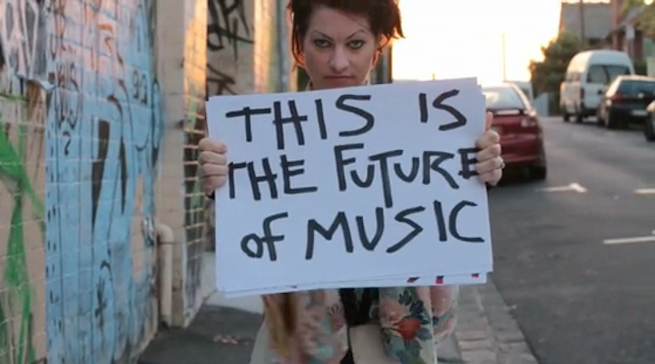 In less than a week, musician Amanda Palmer has raised a record $490,000 for a new album on Kickstarter, making it the highest funded music project to come from the site.

Palmer’s pitch for the new album touts Kickstarter, a site where people can pitch others to give them various amounts of money for a project, as the future of the music business.

“Since I’m now without a giant label to front the gazillions of dollars that it always takes to manufacture and promote a record this big, I’m coming to you to gather funds so that I have the capital to put it out with a huge fucking bang,” Palmer writes in the pitch. “I think Kickstarter and other crowdfunding platforms like this are the BEST way to put out music right now – no label, no rules, no fuss, no muss. Just us, the music, and the art.”

Palmer’s initial goal of $100,000 was easily reached within a day, and with the good part of a month left to contribute she stands to break well over half a million in funding. Pledges start at $1, which gets you a digital download of the album along with exclusive content, and go all the way up to $10,000. A total of 8,611 people have pledged money, with only one person signing up for the (one of two) $10,000 offers. At that price, Palmer will fly out to your home for dinner and paint a portrait of you.

It’s worth noting that Palmer has a pretty strong — some would say die-hard — following of fans from her time in the band The Dresden Dolls, which makes a crowdfunding project like this all the more likely to succeed. Game developer Double Fine also achieved this level of success earlier this year, bringing in over $3 million in funding for its Double Fine Adventure project.

Lesser-known artists/creators might not hope to bring in anywhere near this kind of money. But it certainly seems that once you have made it big, you’d be crazy not to go the crowdfunding route. That said, why aren’t more celebrated creators using Kickstarter?