But while plenty of people have waited on an Android app for the service, I wouldn’t be too quick to say it’s been long-awaited. The service wasn’t able to keep the momentum it gained when it first came on the scene, as VentureBeat previously noted last week.

Turntable.fm first emerged nearly a year ago, gaining an impressive 140,000 users in a little over a month (and nearly doubling after two months). Most of the buzz surrounding the service came from the unique way it allowed users to share/listen to music as well as the exclusivity of only being able to sign up if you had a Facebook friend that was already a Turntable.fm user. Users act like virtual DJs that curate songs, which then get judged by the listeners as good or bad. The service had social media integration, a gamification element, was complimentary to other digital music services and stores, and even ended up spawning plenty of copy cat sites, such as Chill and Rolling.fm.

If you are still an active Turntable.fm user, you can head over to the Google Play app store to download the app for free across all your Android-powered devices.

We’ve pasted screenshots of the new Android App below. 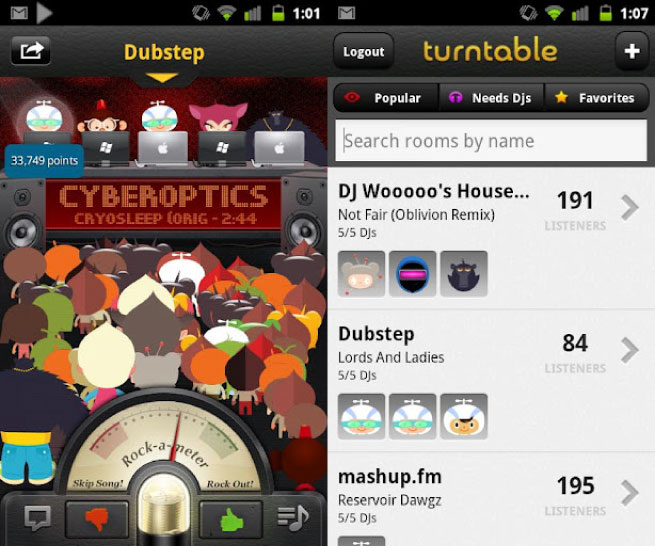