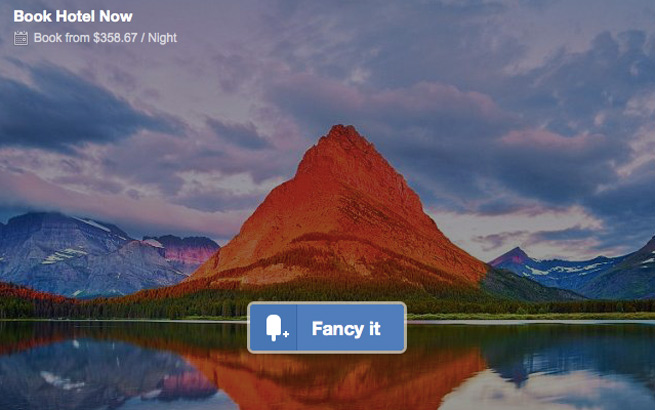 Elegant discovery and sharing tool Fancy released a new iPhone and iPad app today, adding some simple social commerce to the mix that might just change the whole experience.

If you haven’t heard of Fancy, think of it this way: Fancy is to Pinterest as Tumblr is to WordPress. It even has its own verb: to fancy. Users upload images to the site much like at Pinterest, by uploading or using a bookmarklet to identify an image on a webpage. Then friends and followers can see the “fancied” items, follow you, comment, and “re-fancy” an image to post it to their own stream. Fancy is a bit simpler and a little bit more elegant than Pinterest, if that’s possible. 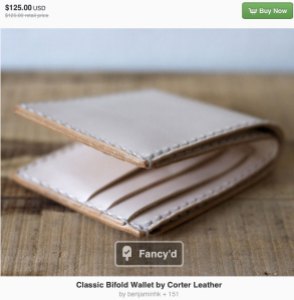 Of course, the analogy breaks down when you look at number of users. Fancy is still closing in on a million users, whereas Pinterest is well into the tens of millions, with over 100 million visitors to the site in January of 2012.

The key update today is commerce. And the big question is whether Fancy is prematurely optimizing for monetization over community and growth.

Buying things on Fancy, whether on the site or the app, is simple: see something you like (or fancy, if you will), and tap it. A buy now button appears; tap it, and you’re ordering the item. The app includes standard shopping cart technology so you can continue your journey through the items that you may or may not have bookmarked, and add additional products.

Users can download the new app here. I have one quibble: it only works in portrait mode, not landscape. Flipboard and similar tablet apps have conditioned users to the freedom to view content as they wish to see it, and it would be nice to have both options.

In a statement, founder and CEO Joe Einhorn mentioned that Oscar de la Renta sold $10,000 worth of product on Fancy in just one week. So Fancy has built an effective social commerce platform. But is it the right decision for the long-term future and growth of the community? Reviewing the app, I have some doubts. 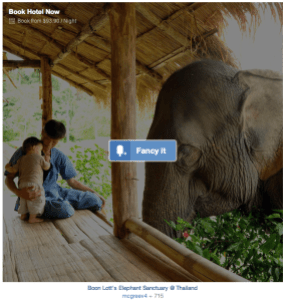 If you look at the Fancy experience, pre-commerce (or even today, on any item that does not have a price tag), it’s much like Pinterest. It’s social, it’s playful, it’s all about discovery and sharing cool stuff.

Adding in commerce changes the equation somewhat. It reminds me of Dan Arielly, who warns in his book Predictably Irrational that mixing social norms and market norms is dangerous.

For instance, take a look at the image to the right. Without the “Book Hotel Now” title and price tag, it’s a great shot of a father, son, and elephant. Wow. But with the price tag … how much different does this image feel?

The danger is that Fancy is transforming art into an ad.

The difference is that between a social space and a store. It remains to be seen whether users will feel as happy socializing, sharing, and creating in a partly commercial space as they did in a purely social space.