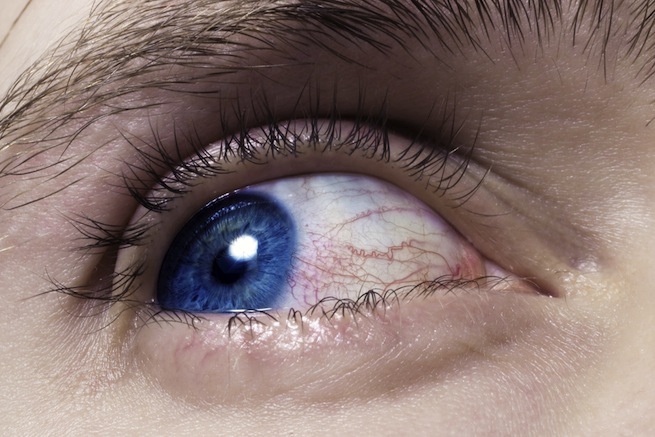 So you need to identify yourself. You could have your fingerprint professionally authenticated. You could also have your iris scanned. How about using your smartphone to read blood patterns in your eye? EyeVerify is bringing that technology to your iPhone in 2013.

“We’ve been using passwords and tokens for centuries, and that worked centuries ago,” said EyeVerify chief executive Toby Rush in an interview with VentureBeat. “It failed us… We need something better.”

While finger printing and iris scans have proved to be accurate ways to identify an individual, these methods require extra hardware to process the data and pattern match. The impressive part of EyeVerify is that it can match the patterns of the blood cells in your eyes to a profile that lives within EyeVerify all through the smartphone camera.

“What if you could put a security layer on for your eyes only,” said Rush (anyone else see the pun?). “It’s pure software.” 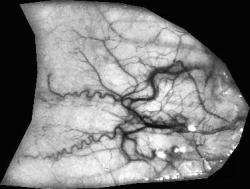 The technology is dense, but seemingly user friendly. You access it through an app that is using EyeVerify’s service, it will not be its own, stand-alone application. These applications could include banking apps, perhaps proprietary documents, and more. When the identity checker is open, you hold up the camera to the person’s eye. It will detect if the eye is on a living person and then apply green cross hairs to the center of the eye on the screen. A man’s voice with then instruct the person to look up and to the left, when the app will take a picture of the eye and then up and to the right, when the app will take another picture.

These images are then matched up against a template that was previously created of the vascular makeup of your eye. If there is an approval, EveVerify’s servers send back a yes and the app opens up. 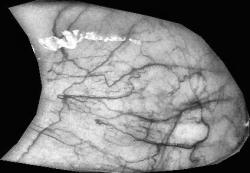 Companies such as Google’s Android are using bio-security features, such as face recognition, to allow access to the phone itself, but Rush doesn’t believe EyeVerify will ever be a product that opens someone’s phone. Instead, the company is focusing on the financial industry, healthcare, and other high-security sectors.

Rush told VentureBeat that EyeVerify has taken on $1.4 million in funding to be used to deploy five to seven pilot tests this summer. The pilots will be in a number of different sectors. In order to introduce the user experience to the consumer market, the company is thinking about creating a password storing application. This app would house all of your passwords for the many accounts Internet users hold today but would only be accessible by scanning your eye-blood.

Security is a hot-button issue, as almost everything in our modern lives is touched by the digital world. It’s now possible more than ever for someone to input a username and password and pretend to be someone they’re not. In order to feel more secure, people are looking at biometrics options such as EyeVerify. Other biometrics companies, such as Clear, are looking to target those highly private sectors. Currently, Clear uses a profile of you made up of your drivers license, a head shot, and a fingerprint or iris scan to quickly authenticate your identity and get you through TSA’s security lines.

EyeVerify’s round was led by Kansas City venture fund Think Big Ventures, with participation from MidAmerica Angels and Nebraska Angels. The company also plans on hiring more, with 90 percent of those hires going toward software developers. EyeVerify launched in January 2012 and is headquartered in Kansas City, Kansas.