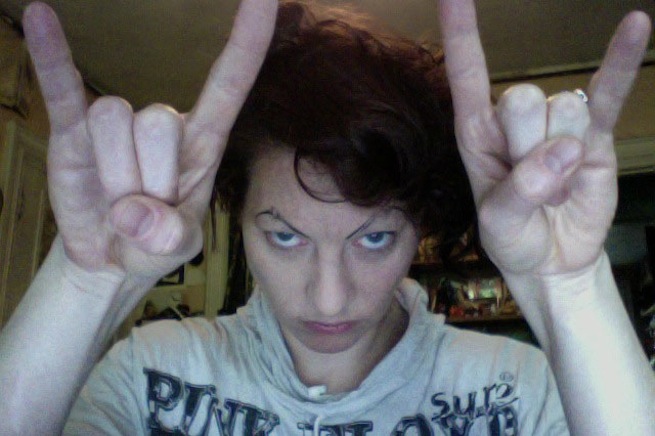 Musician Amanda Palmer has managed to raise more than $1 million for a new album through a Kickstarter project, making it the seventh project to break the million-dollar mark in the crowdfunding platform’s history.

For those not familiar with Kickstarter, it’s quickly becoming the way cool projects raise money when the entertainment industry either doesn’t want to take a chance on it or can’t make money off it.

Musicians, artists, gadget engineers, and plenty of other creators can set up a project on Kickstarter with various levels of pledges. People who support the project can then fund it into existence by pledging various amounts of money for one of those levels, such as Palmer did with her forthcoming album.

In addition to being the seventh project to break a million, Palmer’s page is the highest funded Kickstarter music project ever. To give you some perspective, the second-highest-funded music project reached a little more than $200,000.

Palmer, who has a diehard following of fans from her time in the band The Dresden Dolls, among other endeavors, has since deemed the crowdfunding platform as the future of the music business.

Her initial goal of $100,000 was easily reached within a day, and the fundraising finished with a total of $1,192,793. Pledges started at $1, which got you a digital download of the album along with exclusive content, and went all the way up to $10,000. A total of 24,883 people backed the project, with only two people signing up for a $10,000 pledge, which would have Palmer fly out to your home for dinner and paint a portrait of you.

But just because she raised more than $1 million, it doesn’t mean she’s clearing that amount. Quite the contrary, actually.

Before even signing up for the Kickstarter project, Palmer said she had already spent $250,000 on recording the new album. “Terrifying? damn straight,” she writes of the experience in a recent blog post.

Palmer also broke down the line-by-line cost of her project’s offers in (very) rough estimates:

After all these costs (most of which were estimated by Palmer a week before the project’s funding deadline ended), it cuts the Kickstarter project’s total funding considerably — leaving her with $192,793.

“There’s expenses I’m not even TALKING about here: the cost of our new website designers, my full-time staff (I have two: Superkate and Sean), the tour equipment, band costumes, gear cases, stage backdrops, and gazillion other incidentals,” she explains. “The mind boggles.”

The point of her cost breakdown is that, despite shunning the traditional music industry model, the music business is still an actual business with real operating expenses. And while Palmer might end up making nothing on the Kickstarter project, which isn’t her only source of income for the music it helped produce, that doesn’t bother her.

“If I break even on this project, I still see this as a massive win,” she said. “First of all, this Kickstarter and its success is going to open the door for a lot of other artists, especially major-label refugees like me. Paying now for value later is what historically would’ve been a label’s primary purpose. Now YOU are able to bankroll and finance and KEEP CONTROL WITH THE ARTISTS.”

So, what’s next for Palmer? The musician/artist/crowdfunding visionary said she’d run naked through the streets, yelling hallelujah, if the project reached more than a $1 million by May 31. Beyond that, she’s got plenty to keep her busy.

We’ve reached out to her for further comment, and will happily update this post with a response when and if we hear back.