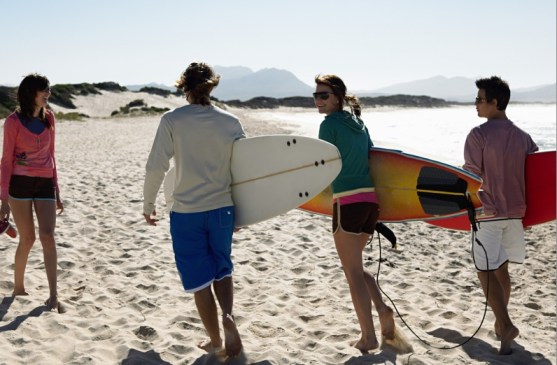 Facebook has become the undisputed king of social networking, serving almost 1 billion active users and valued at over $100 billion. Even with this incredible rise, Mark Zuckerberg and many others believe we’re still at the beginning of the social revolution online.

In many ways, social discovery has existed much longer than social networking. I remember my first experiences dialing into BBSes in middle school and USENET in high school. Suddenly I was able to use a computer and modem to meet and connect with new people outside my little world. I had the same feeling meeting like-minded people at math and science competitions – it was as if they had plucked the version of me from other schools and put us in a room together to meet, share and socialize. These early experiences imprinted in me the Internet’s original promise to connect people all over the world regardless of physical proximity.

Once the Internet reached critical mass, traditional social networking became possible. Social networking is actually a comparatively easier relevance problem to solve: mapping your current 150 relationships online versus finding the best 150 people out of billions to introduce to you. Five years ago, when we realized Tagged was not going to win the race for dominance in social networking, we pivoted the company into social discovery and have since worked towards our mission “to enable anyone to meet and socialize with new people.”

You may be asking: do we need social discovery? Simply put, yes. Humans are social animals that are hard-wired to meet and socialize with others and then form and maintain those relationships. This is a core human need that is so innate that many don’t even consciously know we need it. Most people don’t wake up in the morning thinking “I want to meet someone today” and instead claim to have enough friends with no time for more. But would you welcome a serendipitous encounter in a coffee shop making an instant connection with a like-minded person who “you feel like you’ve known your entire life?” And while you may only maintain 150 active connections (Dunbar’s number), those are not exactly the same 150 you had five years ago, and will not be the same five years from now. We are always meeting and socializing with new people whether we are conscious of it or not – fulfilling a core human need.

If social networking is for maintaining your 150 connections then social discovery is the engine that refreshes those 150. Thus the two are absolutely necessary and complementary. In fact, over 80 percent of Tagged users are also active on Facebook. Successful new connections on Tagged eventually transfer to Facebook, helping to overcome the “Facebook fatigue” feeling of your same old friends sharing the same old things.

The Internet provides an unprecedented opportunity for social discovery by breaking the barrier of physical proximity and vastly expanding the pool of potential connections. Today, there are over 2 billion people online, 5 billion including mobile, so almost everyone in the world is only a few clicks or taps away. The opportunity is here to build great products powered by data-driven matching algorithms to enable much better connections than random chance – literally “engineering serendipity” by finding that one person in a million to introduce to you. Mobile presents an even bigger opportunity since your phone is always with you. It works ambiently with push notifications, has lower-friction audio/photo/video communication, and with location/proximity you can marry the online and offline worlds. Imagine that anytime, anywhere, you can be seamlessly joined by like-minded people with whom you can make instant connections.

This vision isn’t yet a complete reality, but the social discovery space is full of services with traction, with more launching every day. Since Tagged pivoted in late 2007, we have built the social network for meeting new people, with features for dating/flirting, social games, and shared interests. With our acquisition of hi5 last December, we have pivoted hi5 to social discovery and now serve a combined 300 million registered users in over 200 countries who form over 100 million new connections every month. We’ve also built a sustainable business from advertising, virtual currency, and subscriptions, which has been profitable the last four years and counting.

In addition to Tagged, other social discovery companies making traction include Quepasa/MyYearbook and Badoo, dating apps/sites like PlentyofFish, Skout, and Grindr, and interest-based sites Meetup and Ning. There have also been a number of high-profile launches such as Yobongo (at SXSW 2011), Highlight, and Glancee (at SXSW 2012), Sonar (at TC Disrupt NY 2011), and Shaker (which won TC Disrupt SF 2011). We also await with interest the upcoming launch of Airtime. Despite all the activity, we are still in the early days of social discovery.