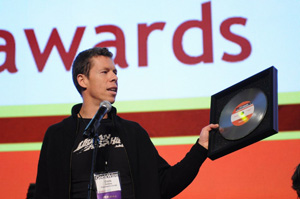 This sponsored post is produced by Chris DeVore of Founders Co-op.

As a Seattle-based seed investor, it’s my job to scout out the most talented and ambitious software teams located anywhere in the Pacific Northwest. Four years ago, Andy and I created Founders Co-op because we saw a region stuffed with world-class entrepreneurial talent, but lacking the seed-stage capital, mentorship and go-to-market resources those founders needed to compete at the highest level.

Since 2008 we’ve invested in over twenty startups located in Greater Seattle, but we’ve also been very active in the Portland market — backing PDX standouts Urban Airship and AppFog, and working with the founders of the Portland Incubation Experiment (a.k.a. PIE) to support other emerging Portland-based teams.

Despite our commitment to invest regionally and our heavy Portland presence, until last summer we hadn’t made a single investment in Vancouver, BC — a global city of more than 2 million people that also happens to be located in the Pacific Northwest.

Why hadn’t we? And what changed our minds?

Last August I was invited to attend GROW, a Vancouver based conference put on by Bay Area based Dealmaker Media. The speaker list alone was an eye-opener — Bay Area investors and founders who never set foot in Seattle or Portland were showing up in force north of the border. And the attendee list included every leading Canadian-based startup, including several strong firms from Toronto and Montreal who made the trek across Canada to take part.

I was so stoked about the Vancouver scene that I wrote an enthusiastic post (Cascadia Rocks!) as soon as I got back. What I didn’t say in that post — but announced a few months later — was that I also met the founders of Unbounce, a Vancouver-based marketing SaaS company — over beers after the show. That chance meeting led to an investment — our first north of the border — alongside other well-known names (Dave McClure, Howard Lindzon) who were also at the show.

GROW is gearing up for another great show this year — current headliners include Urban Airship CEO Scott Kveton, Dave McClure of 500Startups fame, plus the founders of Zendesk, 99designs, Eventbrite and ModCloth (not to mention Seattle’s own Rand Fishkin). I’ve already blocked my calendar for the event — it’s August 21-24th this year — and will be headed up, checkbook in hand, hoping to find our next Vancouver-based investment.

Hop on Geeks on a Train to GROW August 21st, 2012 (McClure/Patel/Kveton are onboard)