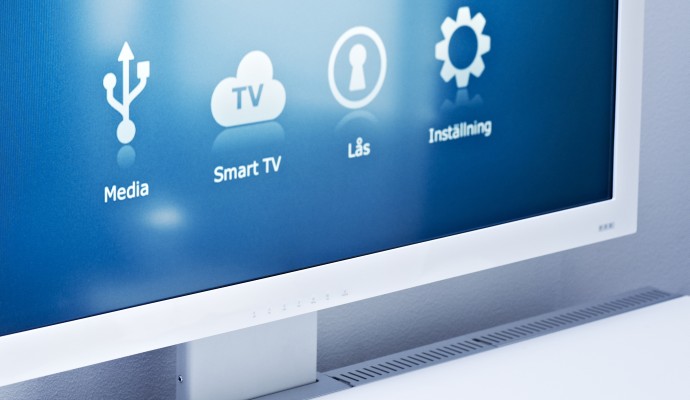 The Swedes are the first to get their hands on the new HDTVs from Swedish furniture store Ikea. The Uppleva TV, an all-in-one TV/cabinet/audio system is now on sale at the company’s Stockholm store for roughly $1,000, and will trickle into other European locations in the next few weeks.

Uppleva went on sale June 14 in Sweden and is set to go on sale in Berlin, Germany on July 2, GigaOM reports. Ikea has said select stores in Italy, Poland, and France will also get the TV, but it won’t reach the U.S. until 2013.

Ikea released a few more specs on the TV as it went on sale for the first time. It offers full 1080p HD video, is compatible with MP3, MP4, DivX HD, and JPEG files, and comes equipped with video-recording capabilities.

An eight gigabyte drive records videos DVR-style, so you can fast-forward and rewind live TV. It doesn’t have nearly as much room as a TiVo, but it’s a handy feature when you want to briefly pause a show. An optional wireless adapter that connects the smart TV to streaming services and Internet apps is sold separately for now but may become a standard feature in future models.

While the TV’s specs are all well and good, most of us want to know if the TV is an impressive electronic, or a hunk of junk. It looks like Uppleva falls into the latter description.

The TV’s quality is poor, with reviewers complaining of a noisy image and bad black levels, according to Swedish tech publication M3 (parsed by Gizmodo). The TV’s “smart” interface is slow and clumsy, and it struggles to respond to the remote control.

M3’s overall score for Uppleva is a five out of 10, not great for a TV and furniture set that costs $1,000. For $1,000, you could buy a much nicer TV and a decent piece of furniture to place it on, M3 and Gizmodo both point out.

Uppleva isn’t a complete disappointment though; the furniture piece is sturdy and easy to assemble. M3 also points out that the sound system is quite good. But sound without a clear picture is like Ikea meatballs without gravy and mashed potatoes — it’s not as complete or satisfying.