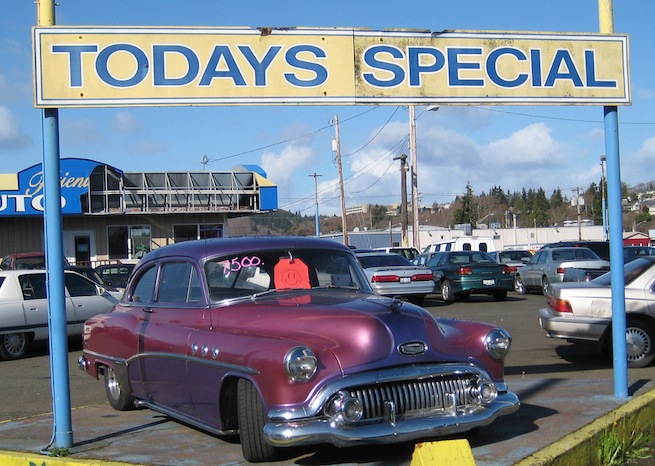 Autotrader, a company founded right before the dot-com bust in the late 90s, filed to go public today and hopes to sell $300 million in the offering.

Autotrader was founded by Cox Enterprises Inc. in 1997 and helped bring the automotive industry into the Internet age. The company focuses on creating savvy car-buyers with its Kelley Blue Book brand and the Autotrader.com website. Autotrader.com provides listings of used cars, which users can search by location, price, and model, as well as portals for selling your car, trading your car, finding dealers, getting loans and insurance, and a number of other tools. Kelley Blue Book helps with the research-phase of buying a car, providing information about pricing and reviews.

“I think it’s great news, I’m thrilled. I think it really is going to open up the door,” said Mojo Motors chief executive and former eBay Motors head Paul Nadjarian. “It proves automotive belongs in the same stature as travel and e-commerce.”

Travel and e-commerce companies such as Priceline and eBay both helped take what were traditionally offline industries into the Internet age; both companies successfully went public thereafter. Nadjarian believes that these types of companies have become household names because of their seats on the public market and hopes that Autotrader’s debut will do the same for the car-buying industry. He also sees other automotive focused websites, such as his own, going public as a result.

“Cars.com might … They definitely have an opportunity to go public,” he said. “I think other companies like Mojo Motors will over the next few years.”

Autotrader originally filed to go public in April of 2000, right as the turmoil of the dot-com bubble hit. At the time, the company’s aggregate offering was $100 million, or around $130 million today. It requested to pull its offering, however, seven months later in November 2000.

Today, the company sees an average 29 million unique visitors a month to its websites, has over 3.4 million car listings, and has partnerships with 25,000 dealerships around the country. Twenty-thousand of those dealers actually pay Autotrader for various products that improve listings on the company’s website.