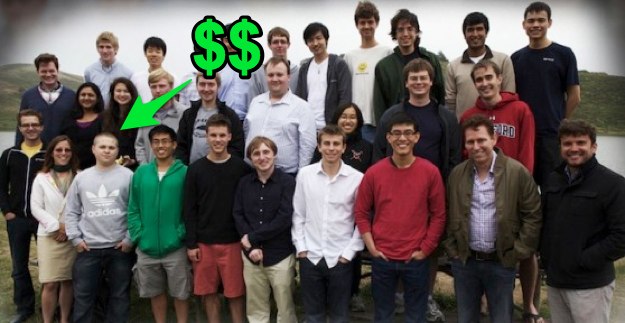 James Proud is only 20 and he’s already sold his first company. Proud is part of the 2011 class for the Peter Thiel Fellowship — the one that encourages college students to drop out for $100,000 and the shot at developing a business — and he just sold his company Giglocator in a six-figure deal.

Two years ago, before becoming a Fellow, Proud developed Giglocator. The service was a way to find concerts and purchase tickets based on your music interests.

Wednesday, Proud announced he had sold Giglocator to Peter Shapiro, a music entrepreneur in New York City. The site is now gone, displaying only a message from Proud:

GigLocator is no longer available and closed doors on June 19th, 2012. We’re grateful to everyone for their support, feedback and assistance over the years. It’s been emotional.

Thank you and until next time,
James Proud

Originally from the UK and now living in San Francisco, Proud was supposed to be the first in his family to attend college. However, his years in preparatory school weren’t challenging enough for a kid who spent his teen years working as a freelance website coder. He eventually decided to bypass college in favor of developing his programming skills and exploring business ideas. The allure of $100,000 and mentorship from established investors and business people led Proud to Thiel’s Fellowship.

“I decided a year and a half before the fellowship was announced that I wasn’t going to attend university,” said Proud in an interview with VentureBeat. “When I started the fellowship, I started looking at other things to do. I’ve been working in big data, spending the last seven months with [Paypal co-founder] Max Levchin, and I recently left him to start new things myself.”

It may be good news for Proud to sell his first company, but it’s great news for Peter Thiel. The early Facebook investor faced a lot of scrutiny for his fellowship. Many attacked him for sending the wrong message to today’s youth and were quick to find reasons why postponing college or going without it altogether would harm students in the long run.

Now, Thiel can thumb his nose at the haters and say “see, my idea is awesome.” As for Proud, he will stay in the fellowship for one more year to continue exploring new projects.

“The Thiel fellowship supported me when I moved out to California, this (the sale of his company) will support me in future  projects. [Selling my company] gives me the freedom to continue to work on things and not worry about money,” said Proud.