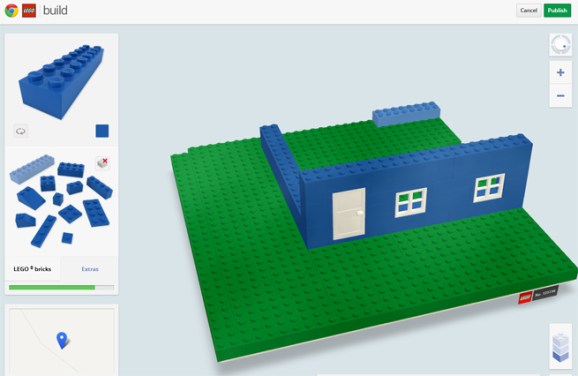 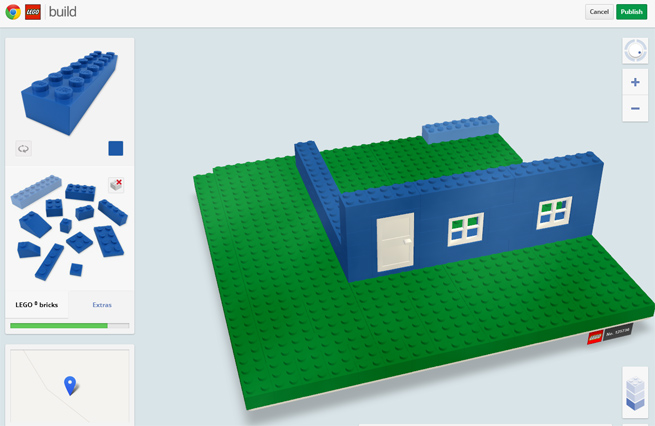 In one of the coolest uses of modern browser tech we’ve seen yet, Google and Lego have teamed up to create Build, a virtual world where users can construct whatever they can imagine with Lego blocks.

“Over the last few months, we’ve been working with Lego Australia, thinking about what would happen if we brought bricks to the browser,” writes Lockey McGrath, product marketing manager for Google Australia and New Zealand, in a blog post. “Build is the result: our latest Chrome Experiment that lets you explore and build a new world of Lego creations together online. With 8 trillion bricks, think of Build as the largest Lego set you’ve ever seen.”

McGrath further explains that the technology to accomplish this experimental project would not have been possible just a few years back:

Build may look simple, but this collaborative 3D building experience would not have been possible a couple of years ago…. We made the bricks with WebGL, which enables powerful 3D graphics right in the browser and demonstrates the upper limit of current WebGL graphics performance. We then mixed in Google Maps, another Aussie invention, so you can put your creation in a Lego world alongside everyone else’s.

After a brief run with the service–check out my partially constructed house above–all I can say is that this is awesome across the board. Not only can you build whatever you’re thinking of, you can also see other people’s Lego creations around Australia and New Zealand. Hopefully, the Google team can expand the virtual Google Map so it covers the entire world, and it would be great more types of blocks were added. But for now, go check out Build and prepare to lose your productivity for the day.

Check out some examples below: