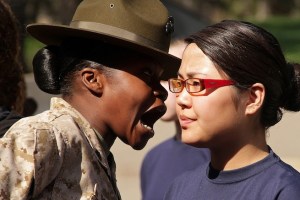 With 1 in 3 Americans qualifying as obese and Americans accounting for 34% of the world’s weight but only 6% of its population, it’s encouraging to know that fitness tracking app Endomondo tripled its user base in the past year, reaching the 10 million user mark.

Almost a quarter of its users are located in the United States, although clearly not enough to keep our BMIs in a reasonable range. In addition to cutting out Oreos and pizza, regular exercise is a key component of weight control, and yet it can be remarkably difficult to emerge from the coziness of a couch.

“Our mission is to make fitness fun by making it more social and engaging,” said cofounder Mette Lykke. “Most of our users find it motivating to connect with friends, family, and coworkers around fitness. Users can give pep talks to one another, comment on each other’s workouts, and challenge each other.”

In fact, since launching Facebook Timeline capability earlier this year, Endomondo has seen traffic from Facebook increase more than 150 %, and around 50,000 workouts per day are shared on Facebook. The workouts are focused on distance-based activities, like running, cycling, and walking. The collected data shows a strong correlation between workout activity and the number of friends a user has. Apparently, when people are watching, we are less prone to laziness. Now if only there was an app to yell at you for pulling out that pint of Ben & Jerry’s after that 4 mile run.