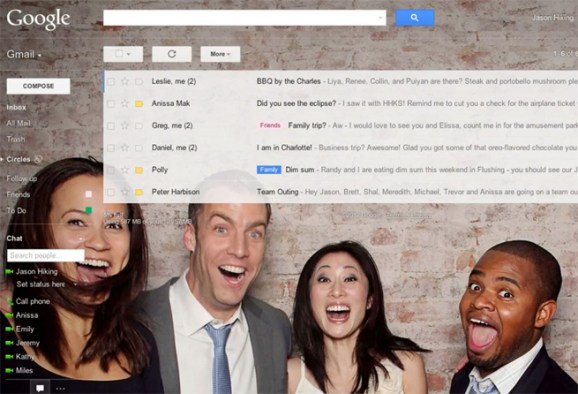 Google announced today that its Gmail service has 425 million monthly active users. That means it has blown past Hotmail for the first time, becoming the largest email service in the world.

For many years, Microsoft’s Hotmail has been the reigning champ among global email services. In July, 2011 Hotmail announced on its 15-year anniversary that it had 360 million unique users per month. Yahoo Mail used to be the clear No. 1, but it has seen customers defect to both Hotmail and Gmail. And finally Google’s much-younger service (Gmail’s invite-only beta release was in 2004) has caught up to its older rivals.

We contacted representatives for Microsoft, Yahoo, Google, and comScore to try to reconcile the numbers. Each company, in some way, provided a frustrating response.

ComScore VP Andrew Lipsman told us that the company’s data was based on global unique visitors from “home and business use,” which leaves out important things like smartphone and Internet cafe access. “There are going to be some users that are left out,” Lipsman acknowledged.

When I asked a Google spokesperson why its internal numbers showed a discrepancy of more than 100 million users compared with comScore’s data, he told us that the company doesn’t comment on third-party numbers.

Long live King Gmail! Until Microsoft and Yahoo cough up better stats, that is.