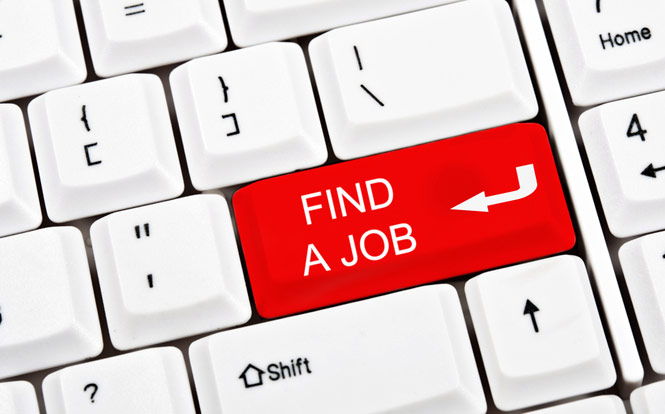 If you’re looking for a job in technology, get out of New Jersey, fast. Get out of Birmingham, Alabama. Cross the river to New York, or the country to San Francisco. Even better, fly to Baltimore, Detroit, or Pittsburgh.

Yes, you heard me right. Baltimore, Detroit, or Pittsburgh. 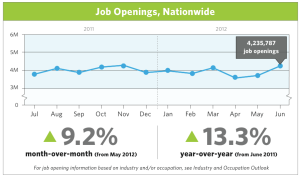 Simply Hired just released its July 2012 employment outlook. And some of the results are more than a little surprising.

Nationally, job openings were up 9.2% from May. The ratio of job-seekers to jobs, however, stayed even at 3:1. Jobs were up in all major metro areas, and competition for jobs decreased in 12 of them, including New York, the San Francisco Bay Area, Seattle, Denver, and Las Vegas.

The surprises came when VentureBeat asked Simply Hired what the best and worst locations for tech jobs were.

It turns out that based on absolute numbers of tech jobs, Washington DC, New York, and the Silicon Valley area are growing the most. But when you look at percentage increase, Houston, Oakland, and Charlotte are leading.

Slicing the data a different way, Simply Hired’s Nathan Beers told VentureBeat that when you compare the number of available jobs and the number of currently employed technology workers, the best places in the U.S to be looking for a job are Baltimore, Detroit, Charlotte, and Portland. By this measuring stick, the Silicon Valley area ranks only eighth.

And by that same measure, Newark, Birmingham, Riverside/San Bernardino, and Little Rock, Arkansas, are the worst places in the U.S. to be hunting for that new software developer position. 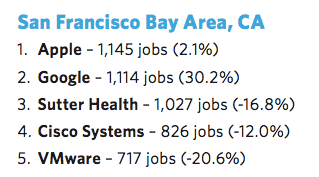 The top hiring companies are in the health care industry, but technology firms come in a close second. That includes companies such as Amazon, Accenture, and Intel.

Simply Hired knows a few things about the job market. The company, which bills itself as the world’s largest job search engine, currently has over eight million job listings. 30 million users check the service monthly from 24 countries, and Simply Hired powers the job search functionality on sites like LinkedIn and The Washington Post.

Here are all the details on the best and worst markets for technology workers, according to Simply Hired:

Best markets to be looking for a tech job

Worst markets to be looking for a tech job: 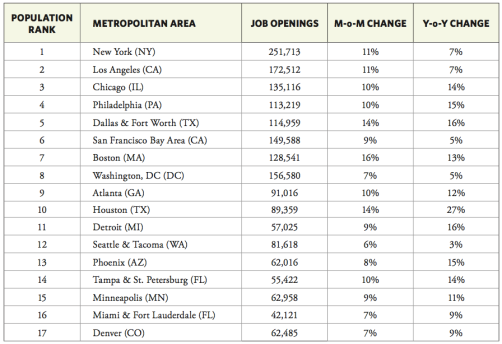 Above: Job openings in the US by city