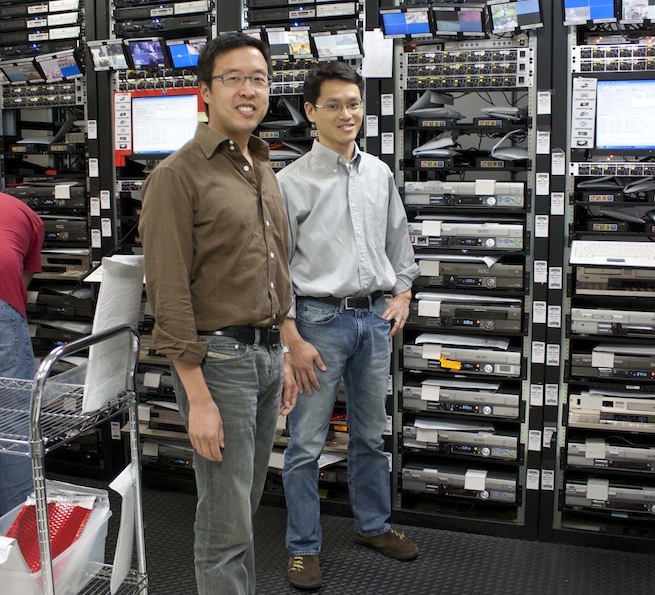 The move comes after Greystripe co-founders Michael Chang and Andy Choi sold the mobile ad company to ValueClick for $70 million last year, which lead to them looking for a fresh new challenge.

YesVideo, which launched back in 1999, is that challenge. The two men have invested $5 million into the startup and will now assume leadership positions, with Chang as CEO and Choi becoming CTO.

YesVideo offers a service that takes a person’s old videos (e.g. VHS and 8mm tapes) and converts them into a digital format for DVD playback and online storage. The overall process of doing this takes a few weeks, and the company has had over 7 million customers since launching. As the resident “tech person” to most of my friends’ parents and my own extended family, I’m frequently asked how to put all those VHS home movies online — so, I can see how YesVideo is fulfilling a need in the consumer market that’s not being met. However, with people only capturing their videos via digital formats these days, I’m uncertain how big of a need there will be for this in the long term.

“We estimate that there are 1.5 billion units of old media out there. That is $20 to $30 billion of digitization services that we are going after, Chang told VentureBeat. “All the digital media companies – like Apple, Amazon, and Roku – are chasing professional content and theatrical movies for their platform. They are missing the boat on the most valuable content for their customers: their personal family memories. You can’t imagine how sticky this service is.”

The company points out that there is a shelf-life on all those old tapes, which will eventually degrade and be lost forever. Chang said there’s also plenty of opportunity to drive business to YesVideo, which no one else is doing in regards to conversion.

“YesVideo is a pioneer in this area, and the only company in the world to have created a massively efficient operation that can easily process over 6,000 physical videos per day,” Chang said in a statement. “Our plan now is to scale our digital products by unlocking various sharing opportunities — via Facebook, Twitter, and YouTube, and by building out our editing tools.”

The Santa Clara, Calif.-based company has raised a total of $26 million in funding from Chang/Choi, Kodak, LSI Logic, and ROVI. It currently employs 300 people and holds 11 patents related to video conversion processing.