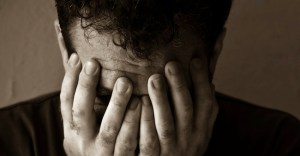 We reject the blogosphere’s new admonition to hot indie startups: “Don’t do a Digg.” In Kevin Rose’s defense, he is not the first founder to reject an inflated acquisition offer, only to see the company sell years later for a fraction of its former worth.

As you may have heard, Digg’s paltry sale this week to Betaworks was particularly bittersweet given that Rose reportedly turned down an $80 million offer ($60 million plus earnout) from Google in its heyday. So the VentureBeat staff decided to put together its shortlist of the biggest M&A blunders in recent memory.

Executive Editor Dylan Tweney’s pick is PointCast, the darling of the mid-’90s startup scene. At its peak in the ’96, the site commanded annual revenues of $5 million. PointCast was the screensaver for news that displayed stories pulled in from across the web.

The software that allowed people to customize and personalize the news shares striking similarities to Digg. Just like the fallen community news sharing site, PointCast’s founders also reportedly turned down a sky-high offer. At the time, insiders told Bloomberg that NewsCorp offered to buy the Internet starlet for $450 million, but the offer was rescinded shortly after. Why? They were paralyzed by indecision. Murdoch told the press that the founders simply couldn’t make up their minds quickly enough.

PointCast is our original story of hope and hubris in the tech community. It’s a lesson for young entrepreneurs today: Think twice before balking at half a billion dollars — it doesn’t come around every day.

VentureBeat intern Rebecca Grant recalls Groupon’s decision to reject a $6 billion offer from Google in favor of staying independent. CEO Andrew Mason allegedly turned down the offer due to fears about the strategic direction his daily discounts site would take under Google’s wing.

With reports this week of plummeting Groupon shares (the lowest since the IPO), maybe it would have been a wise choice to accept the Internet behemoth’s rather ridiculous offer.

Still, Groupon currently boasts 36 million customers in 48 countries, so the jury’s out. To read up on how Groupon is faring today, we recommend this insightful profile from Bloomberg Businessweek.

VentureBeat founder Matt Marshall selects Friendster, a fledgling social network crushed by Facebook. In its heyday, the site turned down an estimated $30 million from Google, which would have been worth about $1 billion now.

Friendster is certainly a cautionary tale in the startup world, but the $100 million offer in 2009 procured from a Malaysian finance company, isn’t half bad. Last we heard, the company didn’t actually erect its gravestone in 2011 when all users photos, blogs and more were erased.

In the postmortem, experts said its failure was due to the fundamental lack of understanding about the social aspects of social media. In our opinion, Zuckerberg’s news feed was the stroke of genius that separated Facebook from the pack.