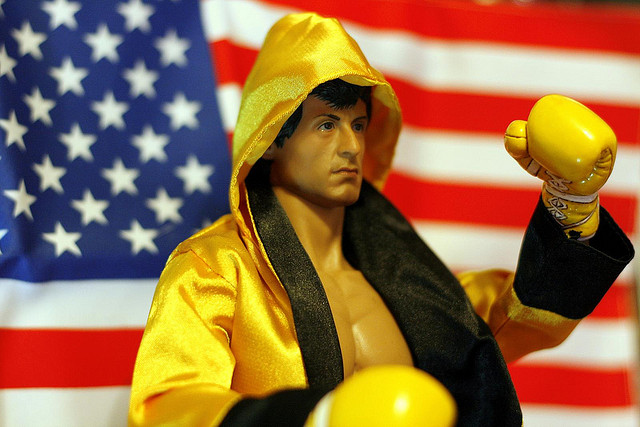 There were some familiar names appearing in the deals channel today. Mashery exhibited as much spirit as Rocky by returning to the ring for a fifth round, and Asana-the-app continued to outshine Asana-the-yoga-pose in terms of productivity promotion (I know, I’ve tried both). TaskRabbit pulled a lucky $13 million out of its proverbial venture capital hat, and Redpoint e.ventures established the largest startup fund ever to hit Brazil. Whether you prefer boxing, yoga, the Bunny Hop, or samba, do it later. Now it’s time to read Funding Daily.

API-management startup Mashery announced $10 million in new funding today to expand its part in what it calls the “post-website era.” This marks the company’s fifth round of fundraising, led by OpenView Venture Partners with participation from existing investors Cisco, Formative Ventures, and First Round Capital. Mashery has seen explosive growth over the past year, and the company sought additional funding to help scale.

Mashery provides enterprises with tools to help manage APIs, or Application Programming Interfaces, and get the most out of them. The firm’s platform is now used by Fortune 100 companies such as ABC News, ESPN, and Cisco. It has raised $34.8 million to date. Read more on VentureBeat.

The new funding puts the company’s valuation at $280 million, according to the New York Times. The round was led by PayPal co-founder Peter Thiel’s Founders Fund, with participation from Benchmark, Andreessen-Horowitz, Mitch Kapor and existing investors. As part of the deal, Thiel will also be joining Asana’s board. The startup said it will use the new capital to grow its team of employees, including positions for designers, engineers, and other contributors. It has raised a total of $38.2 million in funding to date. Read more on VentureBeat.

TaskRabbit brings in another $13M to breed more task rabbits

Task outsourcing marketplace TaskRabbit has raised another $13 million. TaskRabbit allows users to outsource tasks and errands to local pre-approved TaskRabbits, who get paid for their work. The service is offered in nine cities, including New York, Boston, and, unsurprisingly, the San Francisco Bay Area.

The latest funding round was led by Founders Fund, and previous supporters like Shasta Ventures and Lightspeed Venture Partners participated. TaskRabbit says the cash will allow it to hire more engineers and product team members as well as new executives. The latest infusion of cash joins the $24.7 million TaskRabbit previously raised, bringing the total to $37.7 million. Read more on VentureBeat.

This morning, Redpoint e.ventures announced that it is the largest early-stage venture capital fund in Brazil. The firm raised $130 million and is the first Silicon-Valley affiliated fund dedicated to the region. This news comes just one week after BV Capital rebranded as e.ventures and formally unified its five international funds under one umbrella. The Sao Paulo fund is the most recent addition to e.ventures’ roster of nine. Read more on VentureBeat.

Fashion startup Hello La Mode has raised a seed round of $500K from three private angel investors. This announcement comes one week after the company’s public launch, adding it to the ever-growing queue of fashion companies strutting down the catwalk of the NYC tech scene.

Hello La Mode is a certified marketplace for luxury fashion resale. Users buy and sell high-end fashion online in a protected environment that ensures quality. The company charges a commission fee on top of the offered price, so sellers receive their asking amount. Transactions are carried out person-to-person, with Hello La Mode providing an escrow service so buyers are only charged once the item is verified. Predictably, it has a social element as well where members can browse each other’s collections and share favorite items on their social network.

The money will contribute to scaling the product, creating mobile and tablet applications, and developing the team of fashion experts. It is based in New York and was founded by a group of French entrepreneurs who realized New York style mavens are obsessed with secondhand designer goods but tend not to make these purchases online because it can be difficult to trust authenticity. The only thing tackier than buying knockoffs may be sporting knockoffs but thinking they are real. Oh the shame.

The Slater Technology Fund has invested $250,000 in energy management startup VoltServer. VoltServer’s technology bundles electricity and transmits it in packets, containing both energy and real-time data about the transmission. This technique, called Packet Energy Transfer (PET), is safer than traditional modes of electrical transmission because it can determine what is interacting with the power conductor and respond accordingly. For example, if a person comes into contact with a current, PET knows to automatically discontinue the transmission.