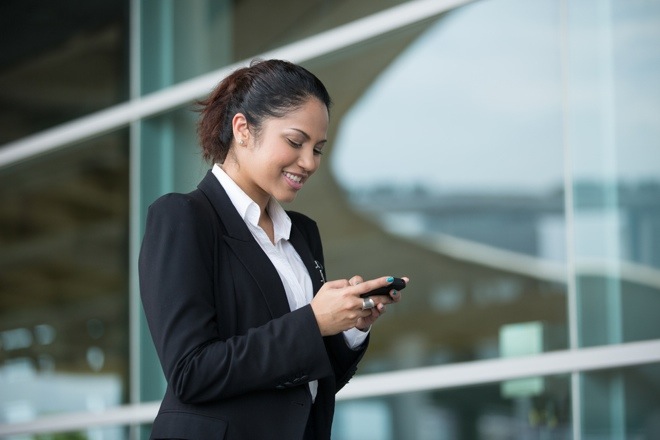 Anyone involved within the online display advertising space during the past four years is likely be aware of the steady rise of Real-Time Bidding (RTB) and the emerging power of demand-side platforms (DSPs). Since RTB-oriented purchasing enables advertisers instant access to their desired audience, DSPs and other online ad technology providers are recognizing the huge potential in making user data (gathered through online cookies) commercially available to them.

Large digital marketers are learning quickly how to leverage these data sets to target specific and relevant audiences. The fast growth in adoption of large advertising exchanges, such as those operated by Google, OpenX and Yahoo!, is also evidence that many now are able to recognize and take advantage of the efficiencies they offer.

As this trend continues, we have been confronted by another emerging certainty: the rise of mobile advertising.

Smartphone sales have now eclipsed PC sales and it is estimated nearly 6 billion mobile subscriptions exist across the world. Although consumers are spending an estimated 23 percent of their time on their mobile devices, mobile still only attracts 1 percent of annual ad spend. Compare this to 29 percent of ad spend that is directed to print media, a media where consumers typically spend only 6% of their time.

It’s clear mobile has some catching up to do, and we need to help realize this opportunity for marketers. History shows that advertising budgets will eventually follow audiences and it is no secret that audiences of the future will primarily be using mobile devices.

A logical conclusion would be to simply apply business models and lessons learned from search and display media (as many companies are currently doing) to the mobile advertising market. It’s clear to me that this approach will fail to properly realize the mobile advertising opportunity that stands in front of us.

Mobile is in a state of beautiful disarray, and presents to us now the opportunity to innovate, re-imagine and re-design an advertising ecosystem that will flourish. Why?

Using cookies to track user behavior and identify audiences is a cornerstone of the online display space. The value proposition of all display DSPs is founded on their capability to use and sell this information. For example, one of OpenX’s largest DSP partners that spends millions of dollars each month on the OpenX Market, has 17 third party data sets that advertisers use to target audiences in display. It has none in mobile. Mobile has to “zag” in another direction and adapt to tracking and selling user data in other ways.

Advertising is just one of several monetization options available to app developers including mobile commerce, premium upsells, and virtual goods. Many app developers are so focused on user experience and retention that they are nervous about the impact advertising might have. The tradeoff might be easier to justify if the financial rewards were greater, but many premium app developers say that the monetization levels they currently see from mobile exchanges is not worth the possible impact. But herein lies the opportunity.

New kinds of ad units need to be imagined for the mobile world, units that app developers actually see as beneficial to their user experience. We are currently working with one large app publisher to develop an “in stream” unit that blends seamlessly into their app experience. The point is that mobile presents an opportunity to redefine advertising and make it better for publishers, advertisers, and consumers alike. This is the fun stuff.

Private marketplaces are another exciting opportunity for mobile advertising. OpenX is currently building such an exchange with Samsung to serve ads into Samsung mobile devices. Private marketplace technology gives publishers and app developers instant access to advertising dollars and total control to determine the conditions under which their inventory can be purchased. For example, publishers can set floor prices, brand filters, creative filters, and levels of transparency to protect direct sales channels.

Large like-minded publishing brands will join together to create premium private marketplaces in mobile to realize high CPMs and attract premium advertisers that want to buy large pools of brand safe inventory at scale. These premium publishers will flip the common notion of RTB as a remnant solution and use it as a vehicle to create premium media auctions akin to a Sotheby’s or Christie’s.

We are seeing signals from our exchange that granular geo targeting is becoming a primary driver of bidding behavior in mobile. Publishers that are able to pass a longitude and latitude are seeing more than a 50% premium on their inventory. If you listen to the free version of Pandora on your mobile device you might have noticed that Panera Bread is selling sandwiches at lunchtime. The holy grail of driving local commerce via digital media seems to be getting closer and is eminently achievable with mobile. I personally have been listening to this vision since 1996 when we launched AOL’s local content network Digital City. It has only taken 15 years for the technology to catch up…

Aggregators of local ad spend such as offer sites including Groupon and incumbents with deep Yellow Pages roots will likely drive the adoption of mobile RTB as they laser in on the untethered consumer at their doorstep. The ability to target granular geographic data in real time will be enough to build a robust mobile ad market until the industry adopts a universal audience tracking mechanism. This hyper-local targeting opens up a whole new way of thinking to the advertising community.

For example imagine the relevant kinds of audiences brands can reach within the radius of NFL football stadiums on Sundays during the football season? The combination of location, time of day, and an untethered consumer makes the targeting opportunities staggering. Mobile DSPs are currently burning the midnight oil in their proverbial garages to bring this opportunity to life.

What is a Mobile DSP anyway?

The primary distinction between an ad network and a DSP is that DSPs have the technology to determine the value of an individual impression in real time (less than 100 milliseconds) based on what is known about a user’s history. A DSP will then place a bid and serve an ad based on that value.

For example, auto advertisers work with DSPs to serve ads to people they know have recently visited an auto website to ensure their ads are seen by those that are, in all likelihood, in the market for a car. The decision-making logic that display DSPs are dependent upon to deliver value to their advertisers is based on the knowledge of a user’s history.

But herein lies the mobile dilemma rendering this model irrelevant, since a user’s history is currently very difficult to determine in the mobile world. If DSPs depend on knowledge derived from a user’s history to create value in display how can they reinvent themselves for a mobile dominated world where user history is no longer available?

There are several new exciting companies calling themselves “mobile DSPs” that are emerging with the aim of solving this issue and replicate the rapid growth and success that DSPs have experienced in the display world. Companies such as TapAd, StrikeAd, and EveryScreen Media to name just a few. Each is developing a unique approach to solving this problem, but the race has only just begun.

Most of them do not share their methods in detail for obvious reasons, but all have serious venture backing and are working on solutions that will bring targeting and relevancy to another level. They all have bright data scientists building the audience targeting models of the future that do not rely on a web cookie. One example is that somehow mobile DSPs are able map IP addresses from home Wi-Fi networks to other devices to identify unique – but personally unidentifiable – users.

The success of these new mobile DSPs will accelerate the shift of budgets from traditional media into the digital world as media buyers gravitate to a deeper level of targeting and are forced to allocate budgets to platforms where human beings are spending their time: on mobile devices.

Mike Downey is Vice President of Mobile Solutions for OpenX and oversees mobile strategy, including the company’s partnership with Samsung. OpenX products provide a comprehensive revenue serving platform by combining ad serving, an ad exchange and a breakthrough approach to yield optimization.