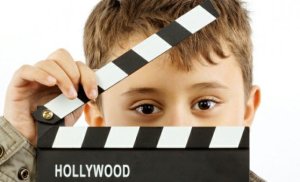 Like the union between Kanye West and Kim Kardashian, we universally acknowledge the correctness of the match and wonder what took ’em so long.

In a word, Zencoder’s magic is just the kind of voodoo Brightcove was looking for.

The acquiring company helps large and small video content producers to push their vids to the web using HTML5 rather than Flash. Brightcove also has live, on-demand, and mobile offerings. At the end of last year, the company claimed 3,872 customers around the globe, including such big fish as Aol, Macy’s, Oracle, Honda, Showtime, Bank of America, and The New York Times.

“We believe the Zencoder acquisition will advance Brightcove’s position as a leading cloud platform provider that not only provides rich, end-to-end solutions for digital content publishing and distribution but also offers scalable standalone building blocks for developers to build custom systems,” said Brightcove CEO Jeremy Allaire in a statement on the acquisition.

“We are happy to have the Zencoder team join the Brightcove family and help drive innovation and expand our platform-as-a-service offerings.”

However, don’t think this means Zencoder is getting shut down or its technology is being shuttered.

“This is not one of those deals,” a company rep stated on the Zencoder blog. “Brightcove has acquired Zencoder as a business, to operate as an independent product line, and is committed to continuing the mission of Zencoder: creating the best suite of API-based media services in the cloud.”

Zencoder was founded in 2007 but got its sea legs in the Y Combinator winter class of 2010. It took a modest $2 million round of funding in April 2011. The company’s 10-person team is headquartered in San Francisco, Calif.

Brightcove, on the other hand, went public in February with a $60 million IPO. The company reported very nearly $20 million in revenue during its first earnings call, and it’s been particularly targeting dual-screen apps — that is, applications for using a tablet as a peripheral device for a television.