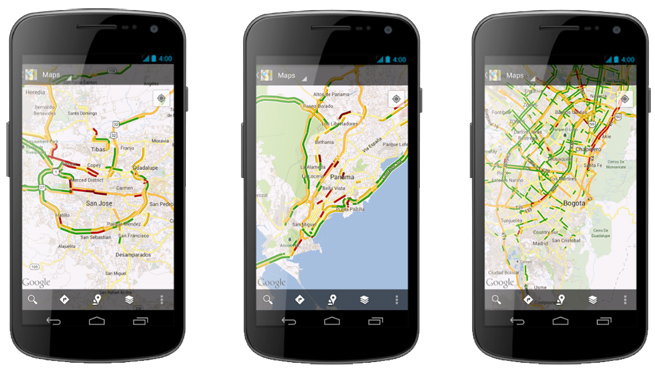 Google has added live traffic information to more than 130 U.S. cities and the capitals of Colombia, Costa Rica, and Panama, the company announced today in a blog post.

Live traffic first hit Google Maps back in April 2008, and since that time the service has improved. Google Maps has come a long way since its launch, and it’s especially handy on Android phones. Sadly, Google Maps is being removed as the default maps provider for iOS users in favor of Apple’s own maps product.

Thankfully, traffic and navigation app Waze — a useful app with 20 million users — works across iOS, Android, BlackBerry, Windows Mobile, and Symbian so you don’t have to be dependent on Google or Apple for traffic info.

Check out the video below for more on live traffic in Google Maps: