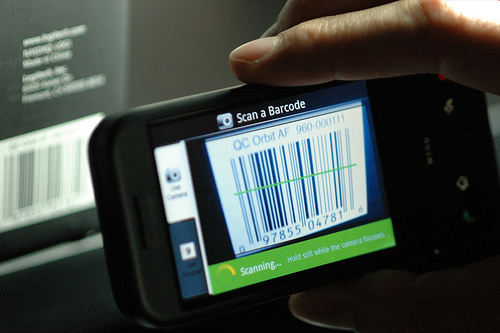 The rising popularity of mobile shopping apps is leading to entirely new consumer behaviors, according to a joint report by mobile data compression company Onavo and IDC.

Based on anonymous data from U.S. iPhone users running Onavo’s app, the company found that mobile price comparison apps like ShopSavvy, eBay’s RedLaser, and Amazon’s PriceCheck are mostly used on Saturdays. Mobile retail apps, where purchases are made, have consistent usage throughout the week, with Sundays and Mondays as their most high-transaction days.

The findings could be intriguing to retailers, as they could easily target consumers comparing prices on Saturday and prime them to make a purchase on Sundays. The power of Saturday price comparisons is likely carrying through to Mondays as well — a day that normally isn’t considered very strong for shopping (except for the made-up “Cyber Monday” shopping holiday).

Onavo also unearthed some interesting statistics about popular price comparison apps. In particular, eBay’s RedLaser app has been downloaded more than three times as much as Amazon’s PriceCheck on the iPhone. But the PriceCheck app still leads when it comes to usage, at 2.3 days a month. ShopSavvy is in second place at 2 days a month, and RedLaser is slightly lower at 1.9 days. Onavo notes that since most price comparison apps are only used around twice a month, there’s plenty of room for growth.

In its comparison of retail apps, Onavo says that pharmacy chain Walgreens is currently leading other retailers in adoption and usage, while Walmart has the most consistent usage throughout the week.