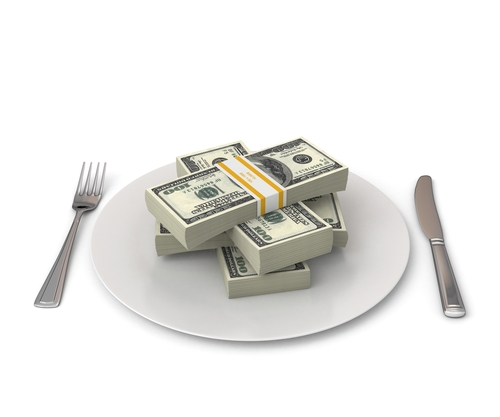 Behind every cloud, there’s  … a cloud. Cloud services may not always be saving you money.

Irish startup CloudVertical monitors how its 2,500 customers use Amazon web services, VMWare, and Heroku. “Looking across our user base, ” says CEO Ed Byrne, “from companies spending less than $50,000 a year to those spending millions, people are only using about 30 percent of the resources they pay for. This is really remarkable, considering that for the past decade, the sales pitch for virtualization has been ‘physical servers only get about 30 percent usage.'”

In a recent Google survey, 58 percent of 800 CFOs said they believe that cloud computing reduces IT costs, while a whopping 96 percent agreed that “cloud computing provides their business with quantifiable benefits.” Admittedly, Google included services like Gmail and Google apps in its definition of cloud services, which may have skewed the results to some degree.

Byrne explains that the key to using cloud services efficiently is the ratio between the total computing power paid for vs. power used, the catchily titled Cloud Usage Efficiency Metric. “The cloud is not pay-as-you-go but pay-as-you-provision. People still fire up lots of servers and leave them there,” explains Byrne. “Companies need to monitor three things — capacity, usage, and cost. We help people answer the questions of who is doing what, with what resources, at what usage, and at what cost.”

CloudVertical provides KPIs (Key performance indicators) for the cloud. Byrne previously ran a cloud provider. Customers were always telling him that they were going to switch to Amazon because it was cheaper but could never tell him exactly what Amazon’s pricing was. He says that there is still a lack of transparency and accountability when it comes to cloud usage. That’s the problem CloudVertical sets out to solve.

The company tracks cloud cost on a daily, weekly, and monthly basis, predicts future cost, and benchmarks your usage against other companies. Amazon, VMWare, and Heroku are currently tracked.

CloudVertical’s customer is “the guy who cares about the cost”, whether that is a developer who is using the company credit card for a new project or the CFO of a larger enterprise. Most often compared to Cloudability, Byrne insists that CloudVertical’s real competitors are enterprise tools like IBM’s Tivoli or HP OpenView.

Cloud Vertical has received over $1 million in funding from Irish VC Delta Partners and Enterprise Ireland. The company is based in Dublin and has seven employees.

Note: Byrne is a common name in Ireland so Ed Byrne is no relation of mine (as far as I know).